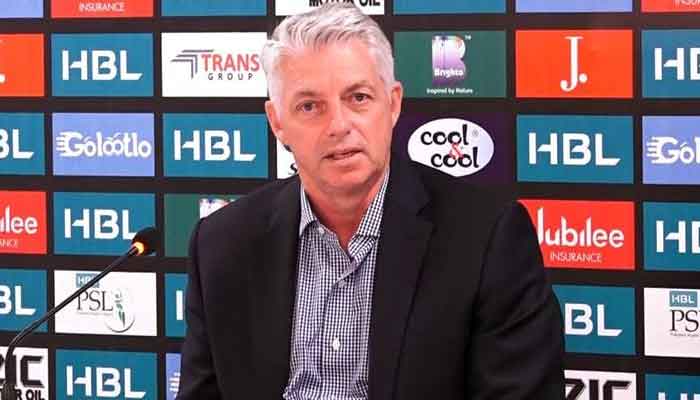 The South African, who will step down from his post after this summer’s World Cup in England, believes that ICC will continue supporting Pakistan’s bid to bring international cricket to this country permanently even after a new CEO, an Indian-born media professional, takes over in July this year.

Manu Sawhney will be formally taking over as CEO in July which would mean that both the key positions in the ICC including that of the chairman would be held by Indians. This might create an issue for Pakistan especially in the aftermath of the recent war-like situation between Pakistan and India.

Can Pakistan Be Banned For Terrorism Like South Africa Was Banned For Apartheid?

However, Richardson played it down saying that the ICC will always remain neutral. He was lavish in his praise for Pakistan, stressing that the country has changed the international perception about it following the successful hosting of a series of cricketing events including the recently-concluded final phase of PSL season 4 on home soil.

“I think you should appreciate the work done by Pakistan as a country and Pakistan’s security forces,” he said. “Because the fact is that the perception outside of Pakistan was that it was quite a dangerous place to visit in the past and that perception slowly but surely has been changed.

“The fact that so many foreigner players agreed to come and play in Pakistan is indicative of that.” “We talk about the spirit of cricket, talk about the purpose of cricket which is to unite, inspire and empower the community. Pakistan is a good example to the world in this regard and we hope they keep it up both off the field as well on the field. We must commend Pakistan team over the last year or so with the spirit and the way they have played the game on the field.”

Richardson said that ICC and organisers of World Cup 2019 could uplift their security plans for the quadrennial spectacle in England in the wake of the terrorist attack in Christchurch where Bangladeshi cricket team almost came in harm’s way. Dozens of Muslims were massacred during Friday prayers at a mosque in the attack.

“…Something happening in New Zealand probably took a lot of people by surprise and it emphasised the need not to be complacent especially going into the World Cup. I know they are leaving no stone unturned and if the threat level should rise in any way we will uplift the plans in place even more.”

Richardson defended ICC’s decision to allow Indian players to wear army caps during an ODI against Australia in Ranchi earlier this month. “What people need to understand is that we have a quite a rigorous a robust regulatory framework by which we grant consent to these types of things. In this case, it was a once off consent it was granted subject to the messaging around the wearing of the caps simply being in sympathy with the people who have lost their lives in the attack and in particular to help them raise funds for the families of the people who have lost their lives.

It was a one-off thing and I would like to reemphasize how important it is for all countries and to follow the example of Pakistan and make sure that we are using cricket to unite people as opposed to using it as a force to diversify.”