With China deploying its newly-developed Type 15 light tanks close to the Ladakh border, is it the right time for India to procure the Russian T-14 Armata Main Battle Tanks (MBT)?

The two Asian neighbors have been locked in a border stand-off in the high-altitude plateau of Eastern Ladakh for the past nine months or so. Despite extreme cold and low oxygen levels, both countries have kept their troops stationed at several points on either side of the LAC, along with guns and tanks.

Earlier, India had deployed a large number of T-90 Bhishma tanks along with T-72 tanks in various sectors of the Ladakh region. This was in response to China deploying its Type 15 light tanks that are suitable for the high-altitude region. There were reports of the delivery of an advanced version of the Type 15 tanks to the PLA Xinjiang Military Command recently.

In November, The Eurasian Times reported that Russia’s T-14 Armata Tanks would be capable of operating in temperatures as low as -50 degrees Celsius with the installation of mobile power stations that ensure the immediate and smooth engine starts even in extremely cold weather.

This new feature would be advantageous for India to deploy the tank — provided it decides to buy it — in extreme-cold regions like Eastern Ladakh where the mercury plummets to -40 degrees celsius in the winter.

The Russian Ministry of Defence had earlier announced the production of the advanced T-14 Armata MBTs. It was followed by reports that Moscow had plans of working with foreign customers in 2021, and that it had already received requests for the tanks.

The potential clients include Egypt, Vietnam, Belarus, and India, according to reports. However, India has not officially made any announcement yet. 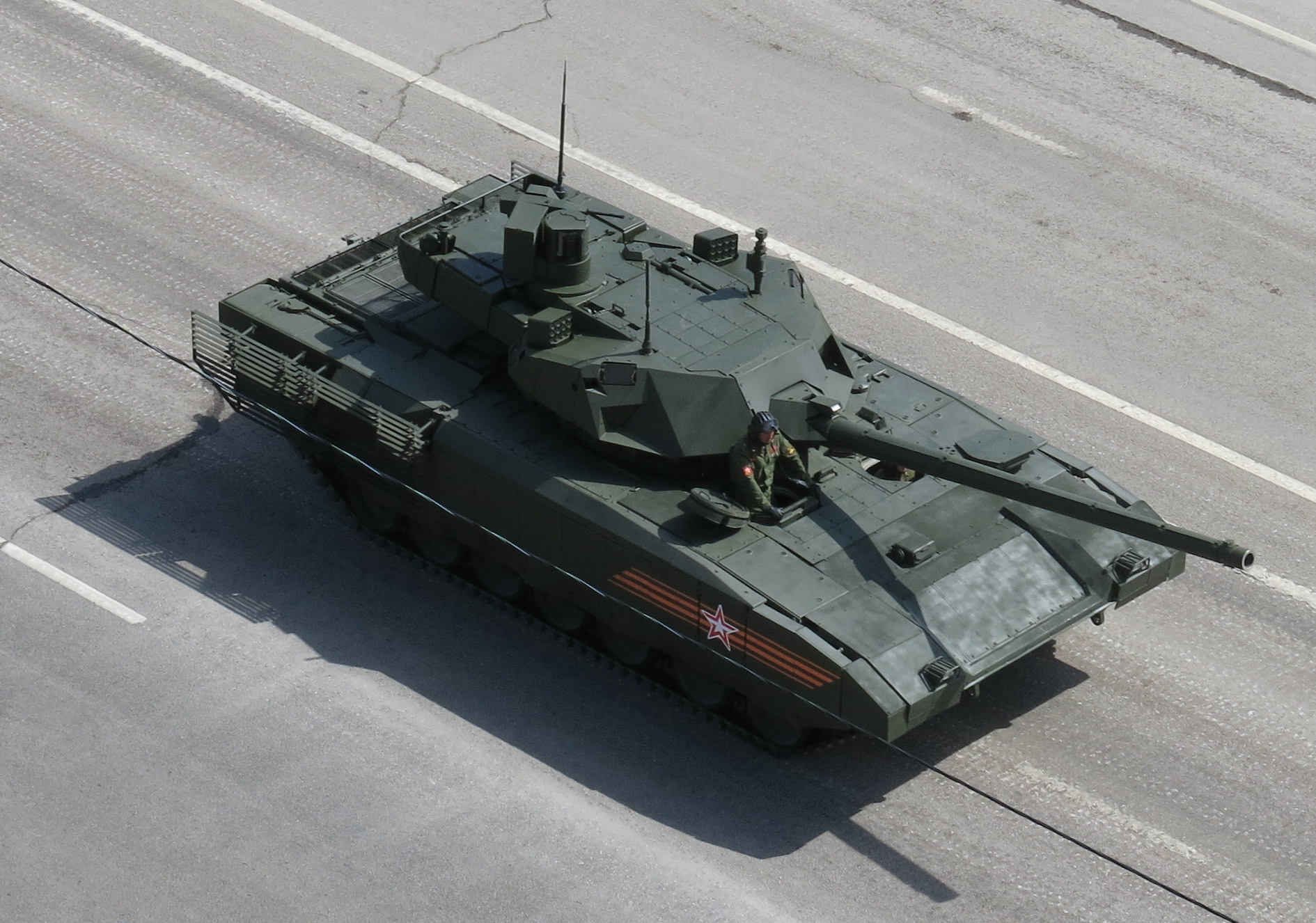 Defense writer Peter Suciu believes India’s interest in procuring the advanced T-14 Armata tanks is not a big surprise. He says that India’s traditional military partnership with Russia is one of the factors as to why the country continues to buy defense equipment from the nation.

While India has shown that it can sustain itself on its own and produce weapons within the nation’s own boundaries under Prime Minister Narendra Modi’s ‘Make in India’ initiative, it may not be averse to the idea of buying in the T-14 Armatas. It is worth mentioning that New Delhi is set to acquire the Russian S-400 air defense system despite the risks of US sanctions.

According to a working paper published by the Stimson Center, a Washington-based think tank, approximately 86 percent of India’s military equipment is of Russian origin.

According to GlobalSecurity.org, the Armata Universal Combat Platform is a unified heavy platform created for a variety of armored vehicles, including the main battle tank,  infantry fighting vehicles, armored personnel carriers, among others.

First demonstrated during the Victory Day Parade in Moscow in May 2015, the T-14 Armata has fully digitized equipment, an unmanned turret, and an isolated armored capsule for the crew.

These advanced tanks are Russia’s answer to the US’ M1 Abrams third-generation battle tanks, which destroyed 37 of the Soviet-designed T-72s during the 1991 Gulf War.

According to Army Technology, the tanks are equipped with the Active Protection System (APS) that can intercept and destroy incoming missiles and rockets.

The APS is designed in a manner so that it can work against all types of anti-tank missiles and rockets, including handheld weapons such as rocket-propelled grenades.

According to Suciu, if India indeed goes ahead with the procurement of the T-14 tanks, they could serve as a powerful deterrent to China, which is unlikely to purchase the Russian-made tank.

Moreover, the timing could not be any better for India, as Russia is also eager to find customers in order to subsidize the costs of the tanks, says Suciu.

Previous articleChange Of Heart? Joe Biden Is Trying To Extend A Healing Touch To Iran’s Wounded Economy
Next articleOil Smuggling Has Sustained This Balochistan Town For Years, But Pakistan Govt Tightening The Screws