With the United States using their spy planes to enter foreign airspace and conduct mass espionage over the USSR during the Cold War era, Aerospace giants like the Mikoyan were forced to look for alternative fighters that could match up to the speed of the American aircraft and take them down.

One such fighter jet, which evolved out of the immediate challenge at hand, was the MiG-25 Foxbat, which was built as an alternative to outmatch these American-made hostile aircraft in terms of speed and overall combat capability. 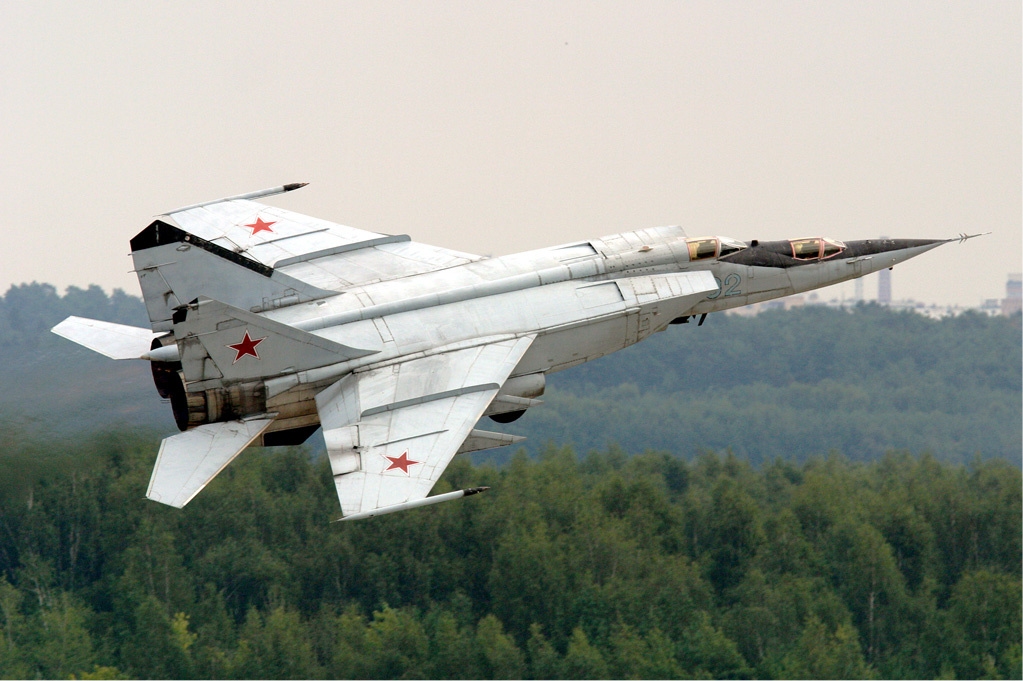 Following the shooting down of a US U-2 spy plane by the USSR in the summer of 1960, the Pentagon tossed the Soviet Union with the biggest challenge they could face by swarming their skies with the world’s fastest reconnaissance aircraft known to the world, the Blackbird SR-71.

An F-16 Again Shoots-Down A MiG With A BVR Missile & Opposition Cries Foul? Is The History Repeating Itself?

While not a fighter, the super-fast, long-range, high-altitude, Mach 3 + spy planes were able to enter Soviet airspace without being detected due to their ability to cruise near the edge of space and go undetected on enemy radars owing to their stealth technology.

As a result, in 1964, the Soviet Union hit back with the MiG-25 Foxbats who would take off for sorties every time the Blackbird was spotted wandering around the Soviet borders, a battle which lasted for over 25 years after which the Blackbird was officially retired by the Pentagon in 1990.

Uneasy Truce: Has India Started To Prepare For A ‘Limited War’ With China After Beijing’s Hostile Remarks?

The Foxbat was a single-seat high-altitude supersonic fighter-interceptor and reconnaissance aircraft which was built mainly out of stainless-steel and was equipped with a powerful radar along with four R-40 air-to-air missiles.

The fighter which was the last aircraft designed by MiG founder, Mikhail Gurevich before his retirement, and later stimulated the development of the US F-15 Eagles, could sustain a cruising speed of Mach 2.8, as well as kick it into overdrive with a top speed of 3.2.

However, its most striking ability also became a boulder in its path. In 1971, a Soviet Mig-25 operating out of Egypt, in an attempt to evade Israeli fighter jets, turned on the fighter’s afterburners and flew in excess of Mach 3, which permanently burned the fighter’s engines.

According to a military website called Global Security, the fighter jet could not fully optimise its incredible speed without damage. “Its tremendous speed was problematic: although the available thrust was sufficient to reach Mach 3.2, a limit of Mach 2.8 had to be imposed to prevent total destruction of the engines. Even Mach 2.8 was difficult to reach without overspeeding the turbines,” said the report.

Biden or Trump: Whom Are Russia, China & Iran ‘Secretly Supporting’ As The Next US President?

Moreover, the fighter was plagued by manufacturing troubles with Soviet architecture of the jets making it far heavier than its Western counterparts. According to defence writer Robert Farley, writing for the National Interest, a Washington-based international affairs magazine,

“It (the Foxbat) manoeuvred poorly at high speeds and handled poorly at low altitudes. Its radar was of limited effectiveness in conventional combat situations against enemy fighters, and the handling problems at low altitudes meant that the plane never performed particularly well in that mission.

These deficiencies would have been forgivable if the Foxbat had ever conducted its high-altitude interceptor role, but in fact, it saw most of its service in far different circumstances.”

Further criticism was also piled on the quality of the powerful engine systems of the Foxbats, which could not let the fighter reach its optimum potential.

“Once in operation, the MiG-25 was the same complicated machine as during development and her operations were more-or-less curtailed to protect her touchy engine qualities.

The engines, though inherently powerful, only allowed for short spurts of top-level thrust to reach the perceived maximum Mach 3 interception speed so pilots were told to limit general usage to about Mach 2.8 to help maximize optimal engine service lives and avoid flameouts,” said Global Security.

Despite the problems surfacing the MiG-25 Foxbats, the fighters served well during the combat period with a limited number of them still remaining in service, however, one could only wonder how the speedy fighters would have lined up against the current crop of fighter jets had they lived up to their massive potential.