A MiG-29 Fulcrum owned by late Microsoft co-founder Paul Allen was up for sale last year, before being bought by American businessman and pilot Jared Isaacman.

The MiG-29 Fulcrum was one of Allen’s prized possessions before his death from cancer last year. It was considered to be one of the most well-maintained specimens of the MiG-29 Fulcrum in private hands.

The two-seat UB model was built at the fag end of the Cold War, in 1989. It was used for a variety of roles, including training, and was in service with the Ukrainian Air Force at the time of the Soviet Union’s dissolution. The fighter was then refurbished by Ukraine before being demilitarized and offered for sale in the international market in 2005.

John Sessions, who is a famed warplane aficionado and founder of the Washington-based Historic Flight Foundation Museum, imported the MiG-29 to the United States.

The aircraft was then reassembled and restored by Sessions, after which it was bought by Allen, who already possessed the F-5B Freedom Fighter along with other fighter jets, private jets, floatplanes, and helicopters.

“Sessions meticulously restored the MiG-29UB to an extent never seen before. It was likely the ‘’cleanest’ example of a MiG-29 anywhere in the world once it was done. In 2011, Paul Allen officially bought the jet for an unknown sum of money, but it was absolutely multiple millions of dollars,” Tyler Rogoway wrote for The Drive.

The MiG-29 Fulcrum is a fourth-generation twin-engine fighter jet that was developed by the Soviet Union as an air superiority fighter in the 1970s to counter new American aircraft — the F-15 Eagle and F-16 Fighting Falcon.

India was the first export customer of the aircraft, after which it served superbly in the forces of more than 25 countries, including the United States itself. 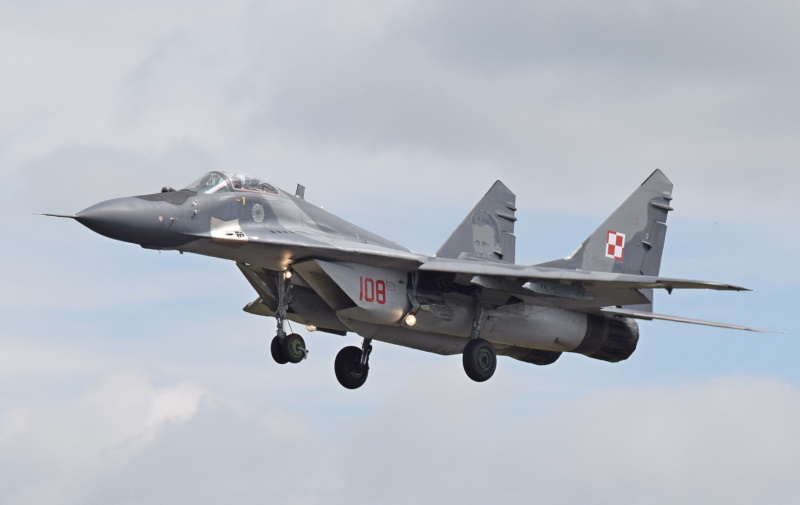 According to defense writer Alex Hollings, the fourth-generation MiG-29 can still compete with the fifth-generation fighters such as the US F-35 stealth fighter jet.

“Despite the number of headlines garnered by fifth-generation fighters like America’s F-35 and F-22, the vast majority of the combat operational fighters in the world remain squarely within the fourth generation,” said Hollings.

“These jets, like the F-15, F-16, and Russia’s Su-35 are considered highly capable despite lacking the stealth and network capabilities that differentiate them from their successors, but in many ways outside of those qualifiers, fourth-generation platforms are more capable than even the high-cost F-35. And the MiG-29 in question is certainly no exception. In fact, it remains in use in the Russian (and a number of other) air forces to this day.”

Following Allen’s death last year, the fighter was bought by Isaacman, who had a private air force of his own.

The 37-year-old highly successful entrepreneur, who has a net worth of $1.4 billion, had put together one of the world’s largest and prolific private contractors Draken International.

Allen’s MiG-29 Fulcrum was added to a large list of aircraft which were spotted and acquired by Isaacman for Draken, however, he admits that the Fulcrum fighter is his private possession, unlike other aircraft.

“In terms of the Mig-29, as you know Paul Allen’s estate put the aircraft up for sale last year. Having inspected and purchased a lot of fighter jets over the last decade at Draken, I definitely can spot a gem. Paul’s team spared no expense taking care of that Mig-29. I feel fortunate to have been able to purchase it.”

“This is a personal aircraft, so it has nothing to do with Draken, and it is really for my own personal enjoyment, but I certainly plan to bring it to airshows so others can view the performance of this unique bird,” said Isaacman.

Despite the aircraft being built 40 years ago, Isaacman only had good things to say about the performance of the aircraft.

“It’s really incredible. Tons of performance. It’s always flown slick, no tanks or pylons, and the temperatures are quite cold in Bozeman this time of year. An AB takeoff is a real rocketship. The stability augmentation system makes it a real smooth ride also.”

“It’s definitely the most impressive aircraft I have flown.”