India has canceled diplomatic events to celebrate 70 years India-China bilateral relations amid the border standoff between the two Asian neighbors. A top official said India decided to cancel the events because of the June 15 Ladakh clash, in which 20 Indian soldiers were killed.

Earlier this month, China had unilaterally canceled plans to jointly launch commemorative stamps with India. Beijing blamed New Delhi stating that “the Indian side had not given feedback before launch time agreed by both sides”.

Regarding cancellation of joint issue of commemorative stamp to mark 70th anni of dipl ties btw #China & #India, the reason is Indian side had not given feedback before launch time agreed by both sides. China State Post Bureau made the notice according to customary practices.

India hit back, saying the Chinese claim was “factually incorrect”, according to Republic TV. India’s External Affairs spokesperson Anurag Srivastava said the decision to jointly release commemorative stamps was taken last year but there was no discussion on any launch date with any Chinese authorities.

Reuters reported the launch was originally scheduled for April. The special stamp would have shown the Mogao Caves, a site in China’s Gansu province where the Buddhist grottoes reflect the two countries’ cultural links.

Many of the events, which were mainly scheduled in China, were canceled owing to the COVID-19 restrictions. In November 2019, India and China finalized 70 celebratory events, including cultural, religious, and trade promotion activities besides military exchanges to mark 70 years of diplomatic ties. 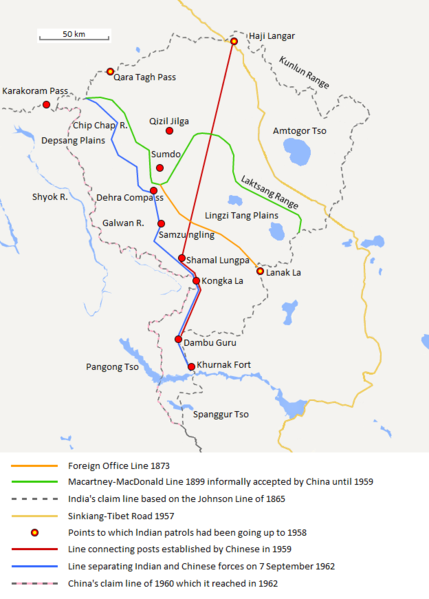 India and China have been locked in a border stand-off in the Himalayan region since May. While there have been several rounds of military and diplomatic-level discussions between the two countries, there has been no disengagement of troops so far.

India’s External Affairs Ministry on Thursday maintained that two sides are communicating through diplomatic and military channels and “discussions have helped both sides to enhance understanding of each other’s positions”.

The Republic TV report has also claimed that the ICCR has now decided to ramp up cultural relations with Taiwan, which China considers to be a renegade province that must be united with the mainland by force, if necessary.

In October, New Delhi had marked 109th Taiwan National Day as posters congratulating Taiwan cropped up outside the Chinese embassy. Experts said the day is celebrated in India with private events, but several Indian politicians were among those posting wishes on social media.

Taking note of the wishes, Taiwan President Tsai Ing-wen referred to the China-India military stand-off in her National Day speech. She even thanked “Dear friend India” on social media.

Thank you to all of our dear friends in India ?? for your well wishes on ?? #TaiwanNationalDay. Together, we can take pride in safeguarding our shared values like freedom & human rights, & defending our democratic way of life. #namaste pic.twitter.com/ZZQT1286lR

Taking strong exception to these developments, China warned India against violating its position on ‘One China’ policy. In a tweet, the Chinese embassy spokesperson said, “One-China policy is the long-standing position of the Indian government. China firmly opposes any individual or any move trying to create ‘two Chinas’ or ‘One-China, one Taiwan’, which violates this position”.