The white supremacist terrorist – Brenton Tarrant who shot-dead 50 worshippers at New Zealand mosques likened himself to Nelson Mandela, believing he will one day be rewarded with a Nobel laureate. 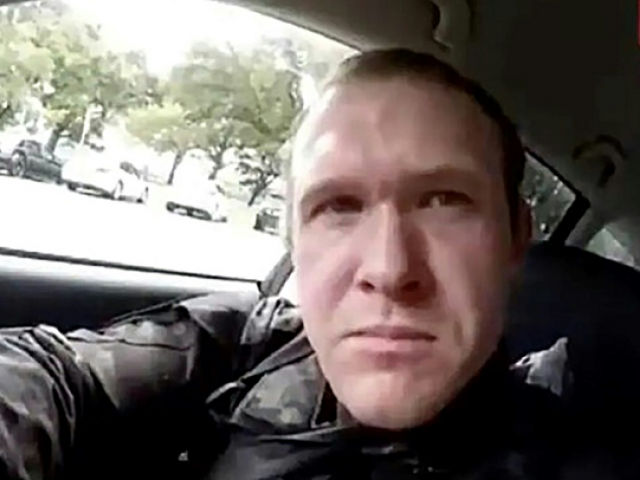 “I do not just expect to be released,” wrote 28-year-old Australian Brenton Tarrant in his manifesto which circulated online as he was on his wanton killing spree at two mosques in Christchurch.

“I also expect an eventual Nobel Peace Prize, as was awarded to …Nelson Mandela once his own people achieved victory and took power.” Likening his own heinous actions to the South African anti-apartheid leader’s iconic struggle, he also wrote that he expected he would be released from incarceration in 27 years, “the same number of years as Mandela.”

Tarrant unleashed a venomous rant against immigration into Western countries, claiming the influx of migrant populations ‘threatened white people with extinction’. “High fertility immigrants will destroy us now, soon it is a matter of survival we destroy them first,” he claimed.

Drawing on nationalist pseudo-historical accounts of European history, Tarrant singled out Muslims as a particular ‘threat to Western civilisation’. “They are also one of the strongest groups, with high fertility, high in-group preference and a will to conquer.”

His writings also displayed an obsession with the birth-rates of non-white communities, which he saw as a threat to the environment.

Tarrant also justified the killing of children, writing “children of invaders do not stay children… They grow up and vote against your peoples own wishes.”

He confessed that his actions were terrorist in nature but showed a startling lack of remorse. “By the definition… it is a terrorist attack… I only wish I could have killed more invaders, and more traitors,” he wrote.

Tarrant held up London mayor Sadiq Khan as “an open sign of the disenfranchisement and ethnic replacement of the British people” and singled out Germany’s Chancellor Angela Merkel as “having done more to racially cleanse Europe of its people”.

In contrast, he praised US President Donald Trump as a “symbol of renewed white identity and common purpose”, even though he placed no faith in him as a policymaker and leader. He also claimed China was the only country with which he shared political and social values.

Tarrant also described Turkish President Recep Tayyip Erdogan as a ‘warlord’ and the leader of the ‘oldest enemies’ of European people and attempted to incite his assassination.

“His death will drive a wedge between Turkish invaders currently occupying our lands and the ethnic European people whilst simultaneously weakening Turkey’s hold on the region,” he said.

Regarding why he chose to carry out his terror attack with guns, Tarrant wrote he intended to influence social discourse and eventual polarisation in the US.