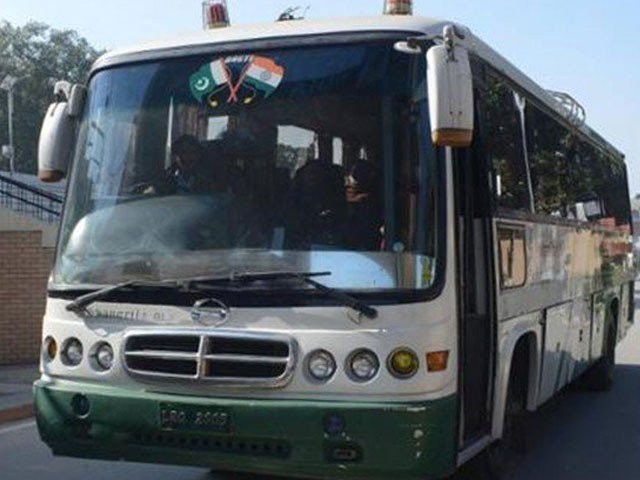 A suicide car bomb ripped through a 70 vehicle convoy of occupying forces in Pulwama last week, killing at least 44 Indian paramilitary personnel.  The puppet government in occupied Kashmir also halted mutual trade with Azad Kashmir, suspending trade on both the sides of the Line of Control (LoC).

Meanwhile, trade and movement of travellers via the Wagah border between India and Pakistan remain uninterrupted. The movement of the passengers has however substantially declined in the past two days.

Only 11 people from Lahore left for India on Monday and a majority of them were Indian citizens while 16 people will travel from Delhi to Lahore via the Wagah bus service. According to sources, the Indian citizens based in Pakistan are travelling back due to strained relations. Similarly, Pakistanis are also citizens are returning from India.