Pakistani authorities have handed over the body of a Border Security Force (BSF) jawan to the Indian officials, said an Inter-Service Public Relations press statement on Tuesday. 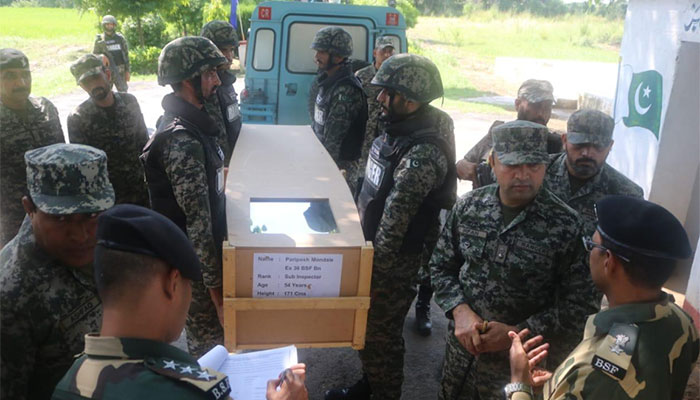 According to Army’s media cell, the Indian BSF soldier Sub-Inspector Paritosh Mondal drowned while crossing ‘Aik Nullah’ along the Working Boundary in Jammu and Kashmir.

The body of the deceased soldier swept towards the Pakistani side, said the Inter-Service Public Relations in a statement.