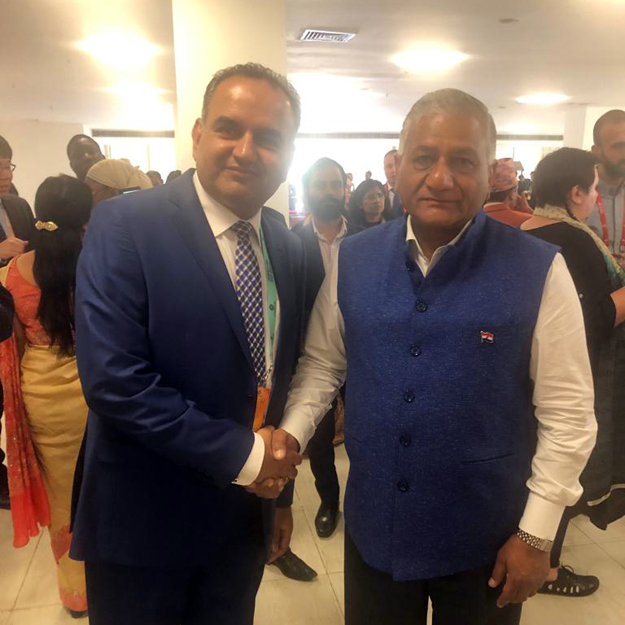 Vankwani also met Minister of State for External Affairs General VK Singh. The Sindh-based PTI leader, who is a lawmaker on minority seat, is in India on a religious trip amid heightened tensions between the two rival states in the wake of February 14 suicide attack that killed at least 40 CRFP troopers in Jammu and Kashmir.

“I told the Indian foreign minister that in Prime Minister Imran Khan is a Pathan and he does what he says. We assure you that no Pakistani institution is involved in Pulwama attack. If India provides evidence, we will facilitate the investigation,” Vankwani said.

According to the MNA, he told Swaraj that the two countries need to take lessons from the past and not to hold on to it. “Enmity can be brought to an end by befriending the enemy,” he said, adding that he himself has returned after Ganga Ashnan (ablution) and never tells lies. “I told them that we need to get out of politics of accusations,” he added.

According to Vankwani, after the meeting ,he felts that the atmosphere was beginning to thaw. “Indian PM during his Rajasthan rally has hinted at holding dialogue with Pakistan,” he added.

He said he had come to India on invitation from the Indian Council for Cultural Relations (ICCR) for participation in Kumbh Mela. “220 people from 125 countries from all over the world have been invited to participate in this event and I am representing Pakistan,” he added.

Jaish-e-Mohammad militant group, which Delhi claims operates from Pakistan, purportedly claimed credit for the deadliest attack on Indian troops in Kashmir. Delhi put the blame squarely on the state of Pakistan, deployed its troops menacingly close to the border, and started issuing threats.

Amid crescendoing war hysteria and relentless threats of military action from India, the Pakistan Army on Friday also issued an unambiguous warning to New Delhi: “Don’t mess with Pakistan”.

Previous article
This is Kashmir, Where Protests, Strikes and Funeral Are ‘Normal’
Next article
To Appease Tehran, Islamabad Plans To Fence 950km Pakistan-Iran Border