China has unveiled an indigenous weapon – airborne munitions dispenser – that is placed between an air-to-ground (ATG) missile and a guided bomb droppable which can discharge hundreds of submunitions. This kind of weapon can completely paralyze an airfield, leaving enemy jets out of any options.

Termed as a guided glide dispenser bomb, this extremely precise, modularized munition weighs 500 kilograms. While it resembles a missile, it has a square cross-section to possess more submunitions. 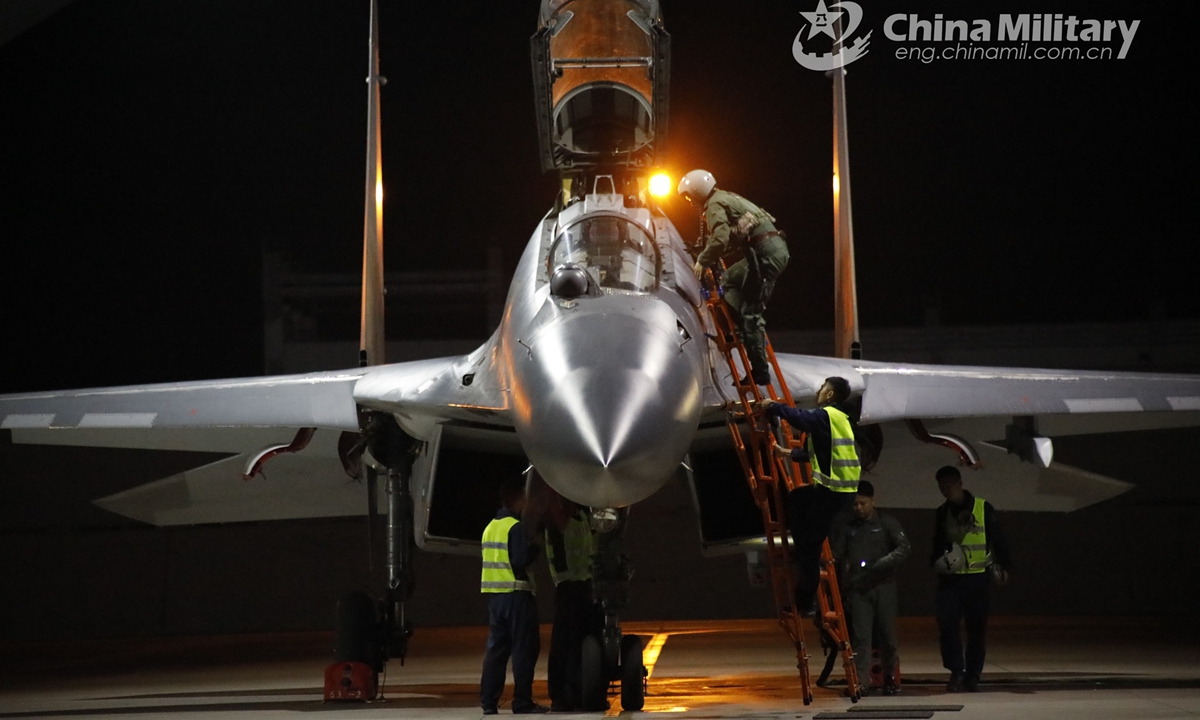 A pilot assigned to an aviation regiment under the PLA Air Force climbs into the cockpit of his fighter jet prior to a night flight training exercise in late June 2020. (eng.chinamil.com.cn)

When released, the dispenser can open its wings, which grants extra lift force and control and permits it to have a range of over 60 km, the CCTV report said, which implies that the aircraft carrying it can safely release the munition without entering the enemy’s air defense zone.

F-22 Raptors Incompetent Against China Because They Were Designed To Fight USSR: J-20 Designer

Each dispenser can carry 240 submunitions of six types, which when dropped will cover more than 6,000 square meters, CCTV quoted a senior engineer at the weapon’s manufacturer, China North Industries Group Corp.

When targeting tanks or armored vehicles, the dispenser can use anti-tank submunitions that can penetrate tanks’ armor from the top, or it can equip regional lockdown submunitions when attacking large facilities like airfields.

A typical munitions dispenser can incapacitate an airfield for long durations with only one shot because the massive number of submunitions means the whole runway will be damaged. Additionally, some of the submunitions could be mines, which means any effort to quickly restore the runway will prove extremely dangerous, a Chinese military expert told the Global Times.

India Has Snatched-Away Saudi Arabia, UAE From The Clutches Of Pakistan – Experts

An earlier CCTV report displayed a Chinese J-16 jet outfitted with a weapon that looked very similar to the munitions dispenser. The report contemplated at that time that the weapon had been commissioned into the People’s Liberation Army (PLA) Air Force.

In addition to the J-16, China’s JH-7 fighter bomber and H-6 bomber could also be outfitted with the dispenser, the expert said.

The Global Times is its report talked about Taiwan’s agreement with the US to buy 66 F-16V fighter jets. Chinese military analysts said that if Beijing is forced to merge the Island then the PLA would destroy Taiwan’s airfields and command centers, giving the F-16Vs no chance to even take off, and giving those already in the air no place to land.

According to experts talking to the EurAsian Times who did not wish to be named, these munitions could also be an indirect warning to India and Japan. India has recently acquired French-origin Rafale Jets while Japan has inked a deal with the US to buy stealth F-35s.