Special Forces from the Russian and Pakistani Army will hold joint military drills “Friendship-2019” in Southen Russia in early October, the Russian Defense Ministry said. Bilateral relations between Pakistan and Russia have substantially improved ever since India turned towards the US and Chinese unwavering allegiance towards ‘common-pal’ Russia and Pakistan. 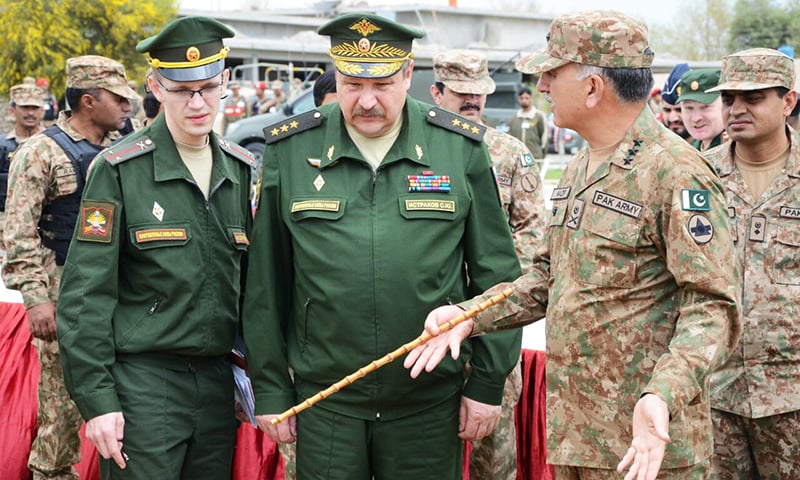 “The joint exercise – Friendship-2019 will be held with the aim of exchanging experience between military personnel, developing and strengthening military and military-technical cooperation between the two countries,” the ministry said in a statement.

Earlier in July 2019, Pakistan Army Cheif (COAS) stated that defence cooperation between Pakistan and Russia will not only help in enhancing peace and stability in the region but also lead to economic prosperity.

General Bajwa said this while meeting with General Oleg Salyukov, the commander in chief of Russian ground forces at the General Headquarters (GHQ) in Rawalpindi, according to a statement issued by the Inter-Services Public Relations (ISPR).

During the meeting matters related to enhanced security and training cooperation and measures to further expand joint military ties between the two armies were discussed, it added.