The Northern Fleet has confirmed that the Russian military stationed in the Murmansk region has for the first time carried out large-scale use of electronic suppression systems, the Murmansk-BN, which is capable of jamming signals within a radius of up to 5,000 km.

100 YEARS: Why The US B-52 “BUFF” Bomber Could Be The First Aircraft Ever To Complete A Century In Service?

“Servicemen of an electronic warfare center of the Northern Fleet conducted a tactical exercise on the territory of the Murmansk region. They worked out the deployment of the Murmansk-BN short-wave communications suppression complex in the Arctic in the area of 100-kilometer,” the press service of the fleet said. 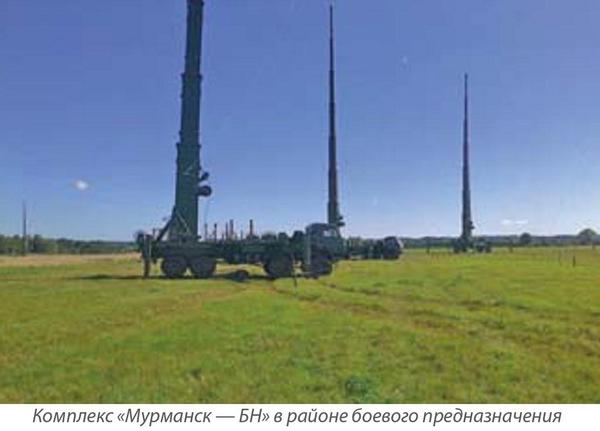 In total, the exercise took 14 hours. According to the command, the personnel of the center successfully managed all the assigned tasks, the statement said.

The electronic warfare system “Murmansk-BN” can be used to conduct radio reconnaissance, intercept and suppress enemy signals throughout the short-wave range and up to 5000-8000 km.

While the current testing was carried out mainly in a relatively small area, experts believe that within a short period of time Russia would be able to use the system on maximum mode, which would suppress communication of enemy systems even at very long distances.

As per the experts, the Russian military would have impact Europe and parts of the United States if they use the Murmansk-BN systems at full capacity.

The neighboring countries have certainly noticed some interference. When the Russian military conducted tests in 2019, the Norwegian media reported that radio interruption was recorded in the areas bordering the Russian Federation.

Norwegian authorities have raised the concern of jamming in the past and said: “We recognize Russia’s right to exercise and train its capacities [but] it is not acceptable that this kind of activity affects security in Norwegian air space”.

In 2019, the defense ministers of the two countries had discussed the matter of GPS jamming during their meet.

Developed as part of a Russian strategic electronic warfare system, the long-range communications jamming system has specifically been designed to take out NATO and United States (US) high-frequency military satellite communications.

Murmansk-BN, which is being tested for the past 3-4 years, automatically maps ongoing activities in its operational area and defines measures needed to neutralize threats.

Adviser of the first deputy CEO of KRET – Vladimir Mikheev said that the system can block the whole information fields of the enemy’s military management.

The Murmansk-BN is a long-range communications jamming system specially designed to take out NATO and United States (US) high-frequency military satellite communications. This system was developed as part of a Russian strategic electronic warfare system and operates as a network-centric capability. The primary target of the Murmansk-BN is the West’s High-Frequency Global Communications System (HFGCS).

Other systems part of Russia’s radio-electronic warfare are Krasukha and Divnomorye systems which are reportedly able to jam satellite communications, GPS signals, and drone communication. When subjected to the jamming, the enemy finds himself blind, deaf and without speech, Russian military representatives have said in the past.