The Russian Su-57 stealth fighter jets will be first received by the Western Military District to strengthen the force and counter threats from the North Atlantic Treaty Organization (NATO) states.

According to Russian local media reports, sources in the Russian Military of Defence have revealed that on the western border, Russia faces countries that possess most modern and advanced American fighters.

Hence, the decision to deploy Su-57, Russia’s first indigenously designed and built fifth-generation stealth fighter jet, is in response to the strengthening of the NATO air force in the region.

The SU-57 fighter jet is designed to have supercruise, supermaneuverability, stealth, and advanced avionics to overcome the prior generation fighter aircraft as well as ground and naval defenses.

As reported earlier by EurAsian Times, Russian Minister of Industry, Denis Manturov, had confirmed that a contract for the acquisition of 76 Sukhoi Su-57 aircraft has been concluded between Moscow and United Aircraft Corporation.

Sukhoi originally planned to hand over the first two production-standard SU-57s in late 2019 and two more in 2020. But the December 2019 crash of one of the jets compelled the company to halt the work on the program.

In May, Defense Minister Sergei Shoigu said that the western strategic direction continues to pose the biggest threat to Russia’s military security. He further announced that the Defense Ministry is implementing a set of measures following the plan of its activity in 2019-2025 to neutralize threats that might emerge.

“In particular, about 2,000 new and upgraded weapon systems will be delivered, which will increase their share to over 65%.”

In June, Chief of the Main Operations Directorate of the General Staff, Sergei Rudskoy, noted that there was increased military activity by the United States and its NATO allies near the Russian borders. 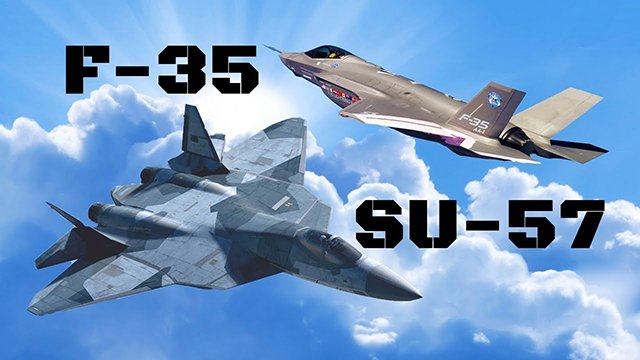 Recently, the United States and Poland signed an Enhanced Defense Cooperation Agreement (EDCA) which provides the legal framework for the United States’ military and civilian personnel to be deployed to Poland.

In addition, the United States’ presence in Poland will be increased from 4,500 to 5,500 troops and infrastructure will be built to accommodate up to 20,000 US soldiers.

“The deployment of the Su-57 near the northwestern borders of Russia is an adequate response to NATO’s actions, said Colonel Vladimir Anokhin, vice-president of the Academy of Geopolitical Problems.

“This will radically increase the capabilities of the Western Military District and make it possible to quickly destroy enemy aircraft in the region,” he told added.

Several countries around Russia’s border are ramping up their Air Force and have acquired fighter jets from the United States. The Norwegian Air Force has received the first 16 of the total 52 F-35A, Poland has contracted to receive 32 such fighters and Denmark intends to acquire the same.

Baltic counties like Latvia, Lithuania, Estonia don’t possess their own fighter aircraft, however, NATO air patrol protects the air space of these countries. Wahington has also ramped up the number of its aviation in the Baltics in exercises.

During Operation Rapid Forge, F-35s and modernized F-15Es were shifted from the American airbase in Germany to airbases in Latvia, Lithuania, Estonia, and Poland.

“When fighters such as the Su-57 appear there, we will see an emotional reaction. Combined with powerful ground forces, especially in the Kaliningrad region, the Russian air force will turn NATO’s military potential in the region into nothing,” noted the Colonel.

Previous article
China Unveils Its Own ‘Mother Of All Bombs’ That Is Stealth, Precision-Guided & Can Drop 240 Bombs Simultaneously
Next article
China Readying Its Early Warning Radars To Check Deep-Strikes By Agni Missiles, Rafale Jets – Reports