Tensions between India and China see no signs of deflation and the latest news on clashes between two sides has added fuel to the fire. India has been procuring military artillery for any potential border skirmishes with China ever since the Galwan valley clashes. Is Russia’s T-14 Armata tank, which will be up for sale in 2021, be the next buy for India?

The T-14 is part of the Armata’s heavily tracked standardized platform, which serves as the basis to develop the main battle tank, an infantry fighting vehicle, an armored personnel carrier and other armoured vehicles.

It has fully digitized equipment, an unmanned turret, and an isolated armoured capsule for the crew. Industry and Trade Minister of Russia, Denis Manturov, had earlier announced that they are already receiving requests for the deadly T-14 Armata tanks from several foreign customers.

Experts believe that apart from India, there are few countries that can handle the ‘Armata’s sophistication’. “I would point to the UAE and Egypt as two potential customers who have experience in using sophisticated American, European and Russian hardware. 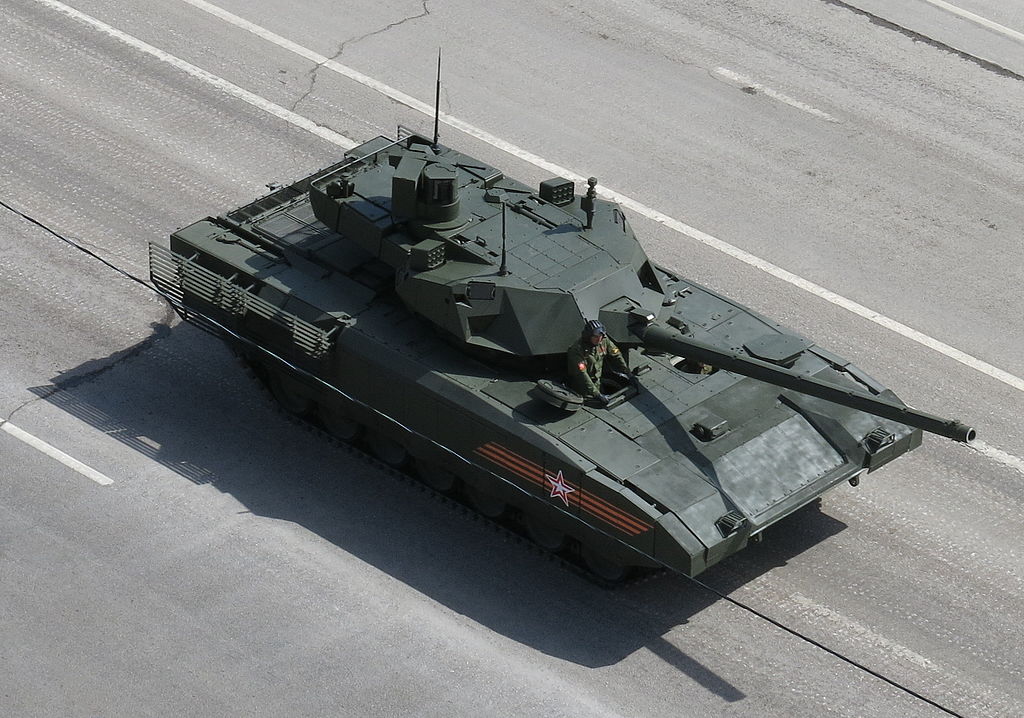 India’s high dependency on Russian munition can be seen as 86% of the equipment, weapons, and platforms currently in military service in India are of Russian origin, according to a Stimson Center working paper by Sameer Lalwani. Countries like Belarus, Egypt, India, and Vietnam are also regular customers of the Russian munitions.

It is questionable whether China would buy the T-14 as the Chinese arms maker Norinco claims its VT-4 is superior to the Armata. “The T-14’s transmission is not well-developed, as we saw through a malfunction taking place during a rehearsal before the May 9 parade.

By comparison, the VT-4 has never encountered such problems so far,” Norinco said in the WeChat article. “Our tanks also have world-class fire-control systems, which the Russians are still trying to catch up with.”

“Another important issue is the price – the T-14 is reported to have a price as high as that of the United States’ M1A2 Abrams. … Why don’t buyers consider Chinese tanks that have well-developed technologies and equipment as well as much-lower prices?” it continued.

The Armata T-14 was first demonstrated during the Victory Day Parade in May 2015 in Moscow. The actual production of the tanks was delayed. The first nine T-14 Armatas were originally planned to be handed over to the Russian Ground Forces (RGF) in 2018. This date then got pushed to 2019 and then to 2020.

The Indian Army is looking to procure 1770 multipurpose future ready combat vehicles (FRCV) to replace the ageing force of T-72 main battle tanks (MBTs) and T-14 Armata Tanks could be an appealing option, according to experts.

Now with the ongoing tensions between India and China and New Delhi looking to further cement ties with Moscow, it provides the perfect opportunity to add the latest Armata tanks to the Indian fleet.

Views Personel. May Not Reflect The Views Of The EurAsian Times