Sukhoi Superjet 100 Aircraft To Be Grounded After The Deadly Crash

The Sukhoi Superjet 100 passenger plane operated by Aeroflot was carrying 73 passengers and five crew members and was headed to Murmansk. The SSJ 100 caught fire after emergency landing at Sheremetyevo Airport in Moscow shortly after the takeoff. For Aeroflot, that was the first accident resulting in loss of life since 2008. 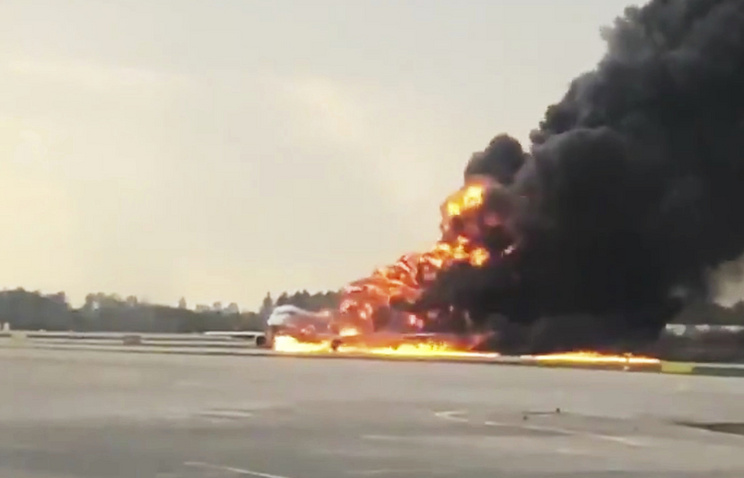 According to Kommersant’s source in the Federal Air Transport Agency, the plane returned to the airport after its loss of communication. The SSJ 100 is customarily considered to be a problematic aircraft because of frequent engine-related malfunctions and a long spare part delivery time.

Aeroflot is the largest SSJ 100 operator, which has 50 planes in its fleet (including the one that caught fire at Sheremetyevo). A source close to the aviation industry informed the paper that the plane manufactured in Komsomolsk-on-Amur had been handed over to Aeroflot in September 2017. He noted that it performed mainly short-distance flights, which lasted no longer than two hours.

The accident can have an adverse effect on the reputation of the plane’s operator and manufacturer, but the market will draw conclusions after the investigation, the paper quotes Alexander Lanetsky, CEO of Friendly Avia Support, as saying. The Federal Air Transport Agency’s decision to restrict the operation of the SSJ aircraft, if it is made, will also be a signal for the industry, he added.

Previous articlePakistan May Get Access To Israeli Iron Dome Technology?
Next articleNaxal Attack in Maharashtra: After Soldiers, Over 522 ‘Police Informers’ Killed By Naxals: Reports