The tensions between Azerbaijan and Armenia are at its peak with deadly attacks that shook the Armenian-controlled Karabakh in the early hours of Sunday, killing at least 23 people.

Reportedly, the leader of the self-declared government in Karabakh told the media about the attack. The Armenian Defense Ministry said drones had been involved in an attack on its Tavush province. Turkish media claimed that Armenia carried out “attacks against Azerbaijan.”

Attacking civilians is war crime and crime against humanity. Armenia employes same tactic to target in deliberate and indiscriminate manner to attack Azerbaijani civilians along the line of contact. pic.twitter.com/WvQv8wGPaF

“Armenia’s new attack against Azerbaijan is an act of aggression and use of force. It is yet another provocation of Armenia since Tovuz incident. Political-military leadership of Armenia bears full responsibility,” he said in a tweet with photos of injured people and destroyed property.

Turkish President Recep Tayyip Erdogan has condemned Armenia for the attack calling to immediately end the occupation of Azerbaijani territories. “Turkey continues to stand with the friendly and brotherly Azerbaijan with all its facilities and heart,” said Erdogan adding that the recent developments have provided an opportunity for all influential countries in the region to introduce realistic and fair solutions. 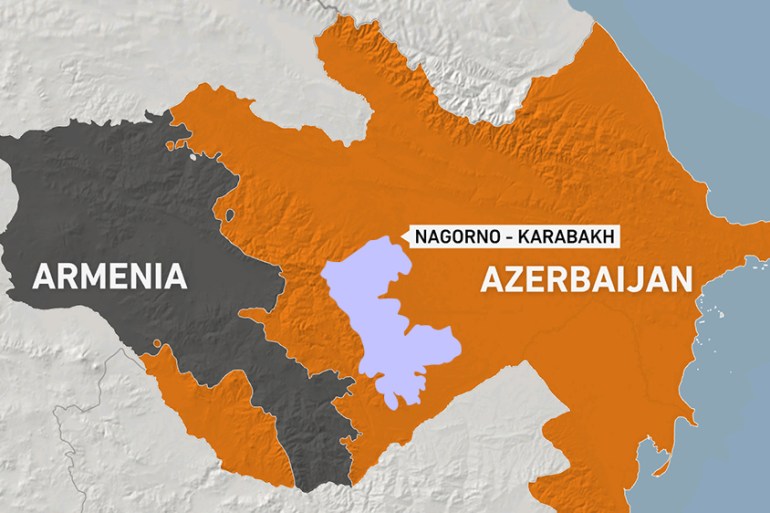 Apart from Turkey, Pakistan has also lent its support for Azerbaijan. “Pakistan stands with the brotherly nation of Azerbaijan and supports its right of self-defence,” Pakistan’s Foreign Office statement said.

“We support Azerbaijan’s position on Nagorno-Karabakh, which is in line with the several unanimously adopted UN Security Council resolutions,” it added.

The third nation that is supporting Azerbaijan besides Turkey and Pakistan is Israel which has shared a long-standing relationship with the country but has extremely tense ties with Ankara and Islamabad.

According to an analysis report by Seth J. Frantzman of The Jerusalem Post, the issue for Israel is that Turkey is one of the most hostile states to it in the Middle East. “Turkey and Iran compete to be the most anti-Israel, largely because of Turkey’s current ruling party, which is riding a wave of nationalism and militarism designed to distract from economic problems at home,” he noted.

Additionally, Pakistan has not even recognized Israel as a nation and has no diplomatic relations with the country. According to experts talking to the EurAsian Times, Pakistan could be one of the very few countries besides Iran that may never recognize Israel, thus making this alliance extremely complicated.

On the other side, Armenia is backed by its long time security partner Russia. Apart from providing Yerevan with ballistic missiles and new SU-30SM fighter jets last year, Moscow has been lending its support through military aid as well.

Additionally, Armenia is part of CSTO – Collective Security Treaty Organization akin to NATO which is a Russia-led military alliance of seven former Soviet states and Azerbaijan is not a part of the group. The CSTO’s mission is to secure the collective defence of any member that faces external threat and if tensions escalate, Armenia can always invoke the CSTO.

Another country that could extend some support to Armenia is India. Recently, India secured a $40 million defence deal with Armenia for supplying four SWATHI weapon locating radars. Reportedly, Poland and Russia were also vying to sign a deal with Armenia but India received the final nod much to the jubilation of New Delhi.

However, analysts believe that while Armenia is bidding to diversify its military procurements as most of its defence systems are of Russian origin, it might lose Moscow’s support in doing so.

According to Fuad Shahbazov, a Baku based Senior Research Analyst, it raises the question whether Moscow will turn a blind eye to the growing Indian footprint in its geopolitical backyard, despite the announcement by Armenia’s Defence Ministry in December that Yerevan will sign a new deal with Russian ORSIS (Promtexnologiya) company, Armenia’s largest supplier of military ammunition, in 2020 to purchase more Russian weaponry.

“The Indian-Armenian tandem is indeed a reaction to the Azerbaijan-Pakistan-Turkey strategic triangle. For several years, Azerbaijan, Pakistan and Turkey have coordinated their positions on a number of vitally important issues like economic cooperation and supporting each other’s territorial integrity,” he wrote.

Last year Armenian president when asked about turkey raising Kashmir at UNGA support India on Kashmir issue. Today Armenia is in danger and we are with them pic.twitter.com/reMfH4ckYm

India and Turkey have also been on seeing a deterioration in its ties with Ankara supporting Islamabad in the Kashmir dispute. Turkey has been openly criticising India, at the behest of Pakistan, for its move for revocation of the special status of Jammu and Kashmir last year.

In terms of Tehran, Iran’s traditional policy has long been a balancing act against both Azerbaijan and Armenia, however, behind-the-scenes, Iran staunchly backs Armenia to counter the Turkish influence in Azerbaijan.

Additionally, reasons like land disputes between Iran & Azerbaijan, rising nationalism among Azeri Turks, concerns regarding how to share natural sources of the Caspian Sea, Azerbaijan’s close ties with Israel, and a political desire to balance Turkey-Azerbaijan ties are some reasons why Iran backs Armenia over a Muslims Azerbaijan.

With entangling relations in the modern world, this regional conflict is capable of turning the best of the allies against each other. Else, who would have imagined that Pakistan, Turkey and Israel could be on the same side against India, Russia and Iran.