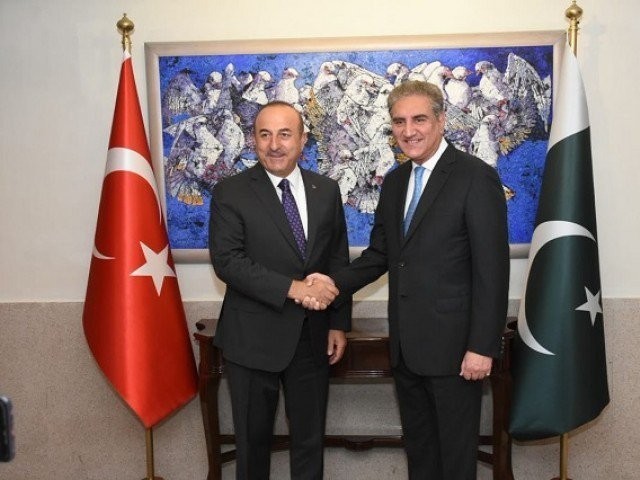 Turkish Foreign Minister Mevlut Cavusoglu stated that Turkey rejects the Indian allegations in connection with the Pulwama attack. India blamed Pakistan for the Pulwama attacks in Jammu and Kashmir which killed more than 40 Indian CRFP troopers.

Speaking to his Pakistani counterpart Shah Mehmood Qureshi over the phone, Cavusoglu also emphasised the need for dialogue between India and Pakistan to settle all outstanding issues. Cavusoglu stated that the issue of Kashmir needed to be resolved through dialogue and in accordance with the relevant United Nations Security Council resolutions.

Qureshi had called his Turkish counterpart to thank him for Turkey’s staunch support to Pakistan on a range of issues, said a statement issued by the Foreign Office. “This support reflected the commitment of Pakistan and Turkey to stand by each other,” it added.

Briefing the Turkish foreign minister on the situation after the Pulwama incident, Qureshi said that Pakistan had asked India to share any actionable information it had, enabling Pakistan to help in the investigation.

The foreign minister appreciated Turkey’s understanding of Pakistan’s position on different issues and its continued support. He shared that excellent relations between the two brotherly countries had been further reinforced after Prime Minister Imran Khan’s visit to Turkey on January 3-4, 2019.

During the visit the two sides had agreed to transform Pakistan-Turkey relations into a new enhanced strategic partnership, he added. The Turkish foreign minister also conveyed that President Recep Tayyip Erdogan will visit Pakistan after local elections in Turkey.

Earlier in the day, the Pakistan Army had said that the country did not wish for war, but was prepared in the eventuality India takes any aggressive military measures in the aftermath of the suicide attack in Pulwama district of occupied Kashmir that killed 44 Indian paramilitary personnel on February 14.

Addressing a press conference, Director General Inter-Services Public Relations (ISPR) Major General Asif Ghafoor also said that India was quick to pin responsibility of the Pulwama attack on Pakistan without due investigation and New Delhi has yet not accepted the reality of Partition.