UK’ Sixth-Gen Fighter Jet Will Infuse £25 Billion, 20,000 Jobs Into The British Economy, But Can The Country Afford It?

In its latest efforts to drum up support for its Tempest fighter jet programme, British defence company BAE Systems claimed the project would generate at least 25 billion pounds and 20,000 jobs for the country’s economy.

The country’s ambitious Tempest programme to develop a new sixth-generation fighter jet that will replace its fleet of Eurofighter Typhoons is expected to complement the US-origin, stealth F-35 jets.

The leading European defence giants – BAE Systems, Leonardo, Rolls-Royce, MBDA – along with the Royal Air Force’s (RAF) Rapid Capabilities Office, as well as a host of small-medium enterprises and academia, together make up the Team Tempest.

The PwC report also claims that the programme will involve hiring 100 employees directly, with a further 270 to be employed across the country.

The Tempest project was envisaged under the UK Combat Air Strategy, which was launched in 2018 to set out a bold vision for the future combat air capability for the UK. The aim is to create a UK-led international future combat air system that will pioneer new technology, capable of exploiting and staying ahead of evolving threats.

According to BAE Systems, “Tempest is focused on delivering a capable, flexible and affordable system by the mid- 2030s, providing military, economic and industrial benefit to the UK and our international partners.”

“Only Tempest will continue to drive the national security and prosperity benefits of the UK’s combat air sector,” the British defence company claims. 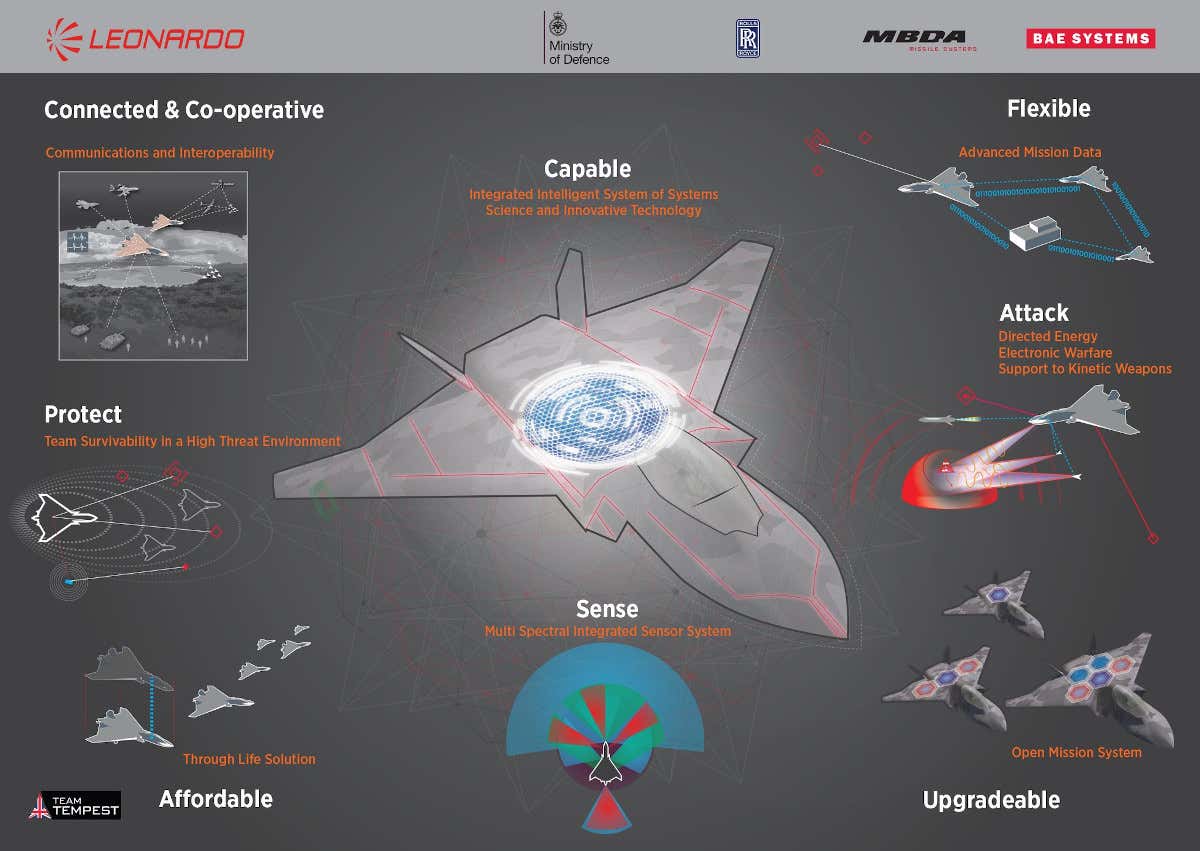 The question is – will the UK government be able to continue supporting the programme even as a deadly pandemic has put the country’s finances under huge pressure. However, Team Tempest says the programme will, in fact, assist the country out of the economic crisis created by the Covid-19 pandemic.

The problem is the pandemic-induced slow-down in the British economy isn’t the only hindrance to the much-coveted project. The limited defence budget set aside for Combat Air over the next decade leaves little headroom for the country’s government to go ahead with the programme.

The analysts argue that completing Tempest would require a large injection of funds outside of the regular defence budget.

On October 15, Team Tempest said unprecedented progress had been made in developing cutting-edge technologies to make the sixth-generation jet a game-changer in the long run. The Team claimed that Leonardo, the programme’s electronics lead, was developing new radar systems capable of providing over 10,000 times more data than existing systems.

The new sensor, called the ‘Multi-Function Radio Frequency System’, will collect and process unprecedented amounts of data on the battlespace – equivalent to the internet traffic of a large city such as Edinburgh, every second.

This huge volume of information, processed on-board, will give Tempest a battle-winning edge in combat situations, with the ability to locate and target enemies well before they are targeted themselves.

Separately, engineers at BAE Systems have begun flight testing cutting-edge concepts for Tempest’s ‘wearable cockpit’ technologies, designed to provide pilots in the cockpit or operators on the ground with split-second advantage. 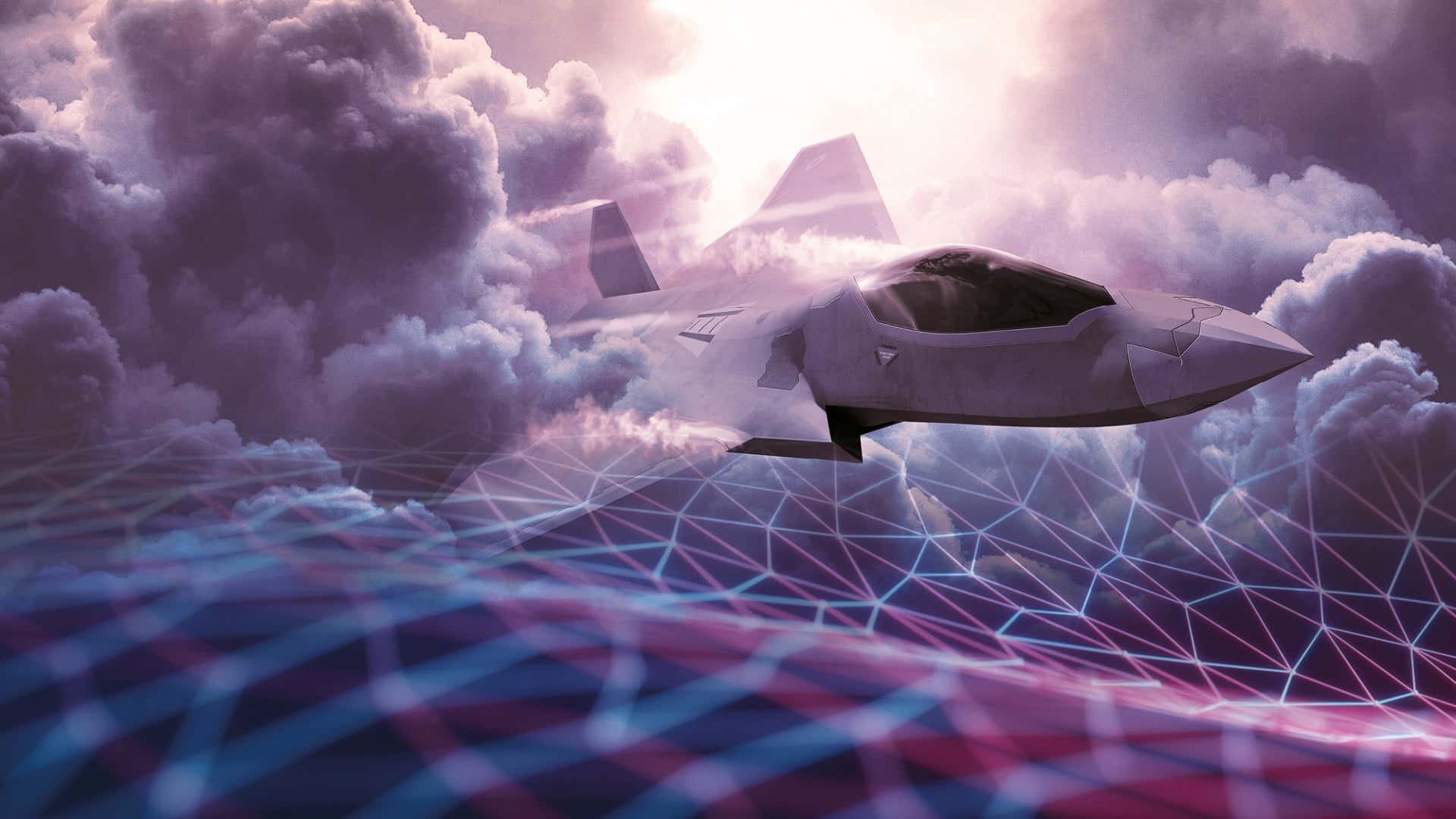 The concept sees the physical controls seen in current aircraft cockpits replaced with Augmented and Virtual Reality displays projected directly inside the visor of a helmet, which can be instantly configured to suit any mission.

One of the Team Tempest members, MBDA UK, has also embedded one of its human factors engineers within this wearable cockpit team, ensuring the early introduction of weapons concepts that exploit these future technologies.

“This close partnership approach between MBDA UK and BAE Systems will allow the companies to help to collaborate at an early stage of the programme, shaping how weapons systems information and operation is optimised for the pilot.”

Rolls-Royce on its part has also deployed its engineers on developing advanced combustion system technology as part of the company’s power and propulsion work. 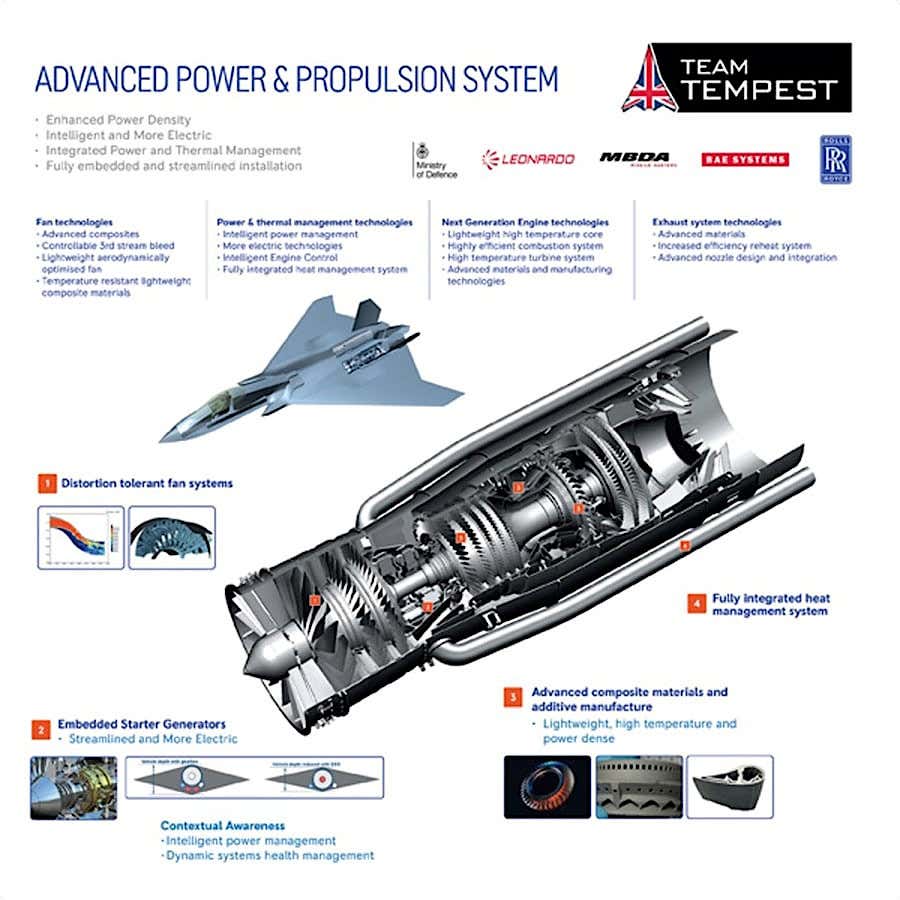 “The combustion system is where fuel is introduced and burned to release energy into the gas stream. A next-generation system will need to be hotter than any previous platform, increasing the efficiency of the engine and meaning it can go further, faster, or produce less carbon dioxide.

Rolls-Royce has been exploring advanced composite materials and additive manufacturing as part of this work, producing lightweight, more power-dense components capable of operating at these higher temperatures,” engine maker, and Team Tempest member, Rolls-Royce, claimed in its statement.

The team is working on these concepts to develop technologies that could be used to create a next-generation combat air system for the UK.

According to reports, the individual partners are working to develop more than 60 technology demonstrations in the fields of sensing, data management and autonomy to prove path-breaking processes and technologies on the programme.

The companies believe the Tempest programme is essential for the country’s national security and future prosperity. They believe the high-value design and groundbreaking engineering skills required for success will create a new generation of talent to drive the UK industry.

Previous article
QUAD or Reverse String Of Pearls: How Is India Countering China In The Indian Ocean Region?
Next article
Pakistan Slams Armenia Over Claims Of The Involvement Of Pak Special Forces In Armenia-Azerbaijan War