Launched in 2014, the Modi government’s ‘Make in India’ initiative has given the country’s indigenous defense manufacturing a significant boost.

Now, the government has decided to restructure the Ordnance Factory Board (OFB) and create seven new entities to further improve productivity and quality.

The decision aims to alter the ordnance factories into productive and lucrative assets, increasing the specialization in the product range, improve efficiency and competitiveness.

Terming the development as a “historic decision”, Defence Minister Rajnath Singh said, “It is a major decision from the perspective of national security. India should be Atmanirbhar (self-reliant) when it comes to national security.”

How Will It Work?

The media report quoted an official as saying that the new structure will help in overcoming shortcomings in the existing system of OFB by “eliminating inefficient supply chains and providing these companies incentive to become competitive and exploring new opportunities, including exports”.

The Defence Minister also assured the OFB employees that there will be no job loss because of this restructuring. “I assure that the service conditions of the employees will not be affected by the move,” he said. 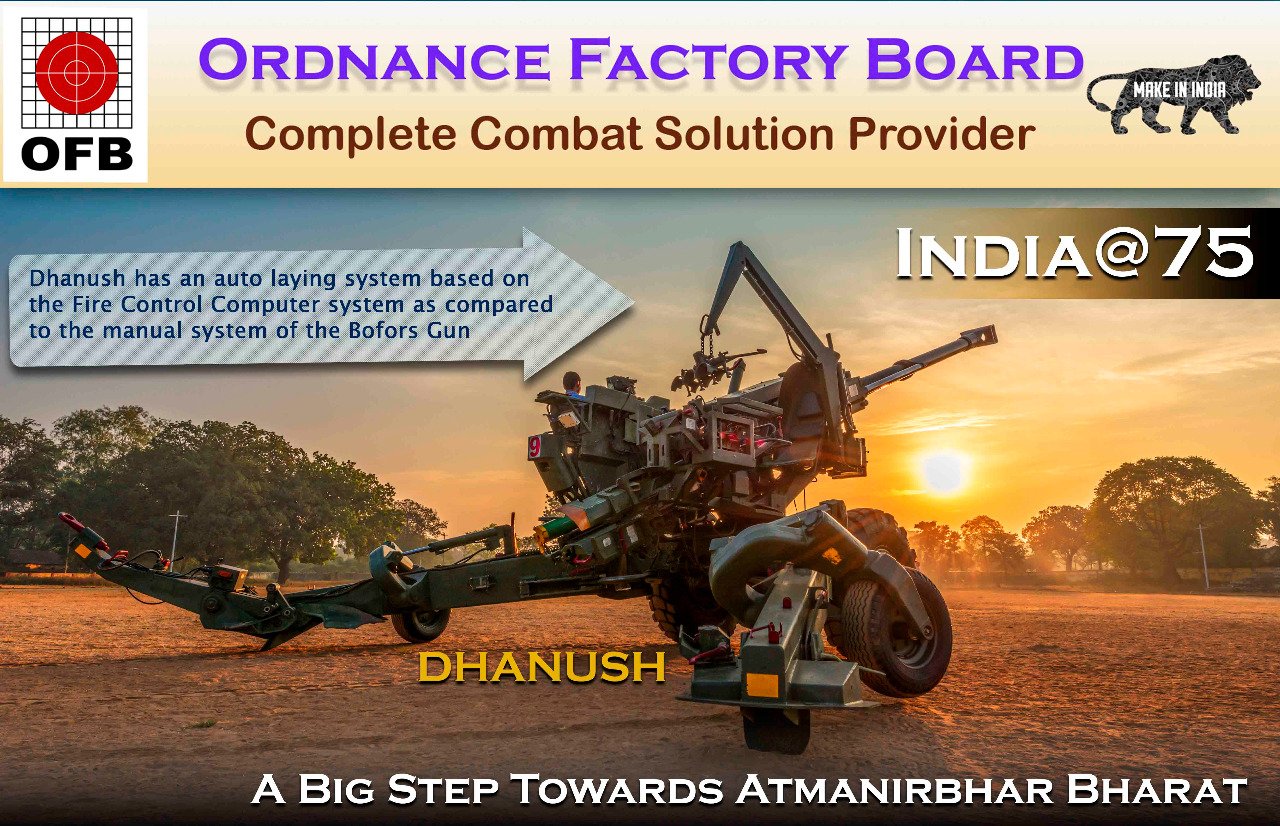 It is believed all OFB employees of the production units will be moved to the new corporate entities.

At present, the OFB is under the Department of Defence Production of the Defense Ministry. According to reports, the seven entities will be professionally managed, and that they will take a formal shape by the end of this year.

The vehicles group will be responsible for the manufacture of defense mobility and combat vehicles, such as tanks, BMPs (infantry fighting vehicle), and mine-protected vehicles. This vertical will aim to enhance its share in the domestic market and look for export avenues.

The manufacturing of small arms, medium and large-caliber guns, and other weapon systems will be the responsibility of the weapons and equipment group.
An empowered Group of Ministers headed by Defence Minister Rajnath Singh will take all decisions related to the restructuring of OFB. Other members of the group will include Home Minister Amit Shah, Finance Minister Nirmala Sitharaman, Law Minister Ravi Shankar Prasad and Labour Minister Santosh Kumar Gangwar.

The ‘Make in India’ initiative was launched in 2014 to boost indigenous manufacturing in India. Through this, the domestic defense manufacturing sector seems to have received a significant push.

The Defense Ministry set a target of $25 billion for defense production in the period 2020-2024. India intends to push domestic manufacturing to export military hardware worth $5 billion in the next five years. Dr. Ram Singh, a foreign trade analyst, wrote for The EurAsian Times.

In addition, sweeping changes have been made in defense procurement, for both domestic and international orders, in the past few years.

Emphasis has been laid on the revamp of ordnance factories, especially in terms of modernization of technology and management practices. Private entities have brought in technology transfer rights through which world-class defense products are being manufactured for the Indian Armed forces as well as for exports, Dr. Singh noted.

The embargo on imports is planned to be progressively implemented between 2020 to 2024. Our aim is to apprise the Indian defence industry about the anticipated requirements of the Armed Forces so that they are better prepared to realise the goal of indigenisation.

In addition, India had announced last year that it would not import 101 weapons and military platforms, which include transport aircraft, light combat helicopters, conventional submarines, cruise missiles, and sonar systems.

The decision was aimed at creating a viable environment for the domestic companies to realize the goal of ‘Atmanirbhar Bharat’ or self-reliant India in the defense sector.

Defense Minister Rajnath Singh had said, “All necessary steps would be taken to ensure that timelines for production of equipment as per the Negative Import List are met, which will include a coordinated mechanism for hand-holding of the industry by the Defence services”.

Congratulations @BrahMosMissile on 20th anniversary of the maiden test flight of BrahMos, world's fastest supersonic cruise missile. The Joint venture between India & Russia has achieved many technological milestones and will continue to do so.@PMOIndia@DefenceMinIndia pic.twitter.com/pOJEhYvUP2

As part of this move, Rs 4 lakh crore is slated to be invested in domestic manufacturing, with a budget of Rs 1,30,000 crore each for the Army, Navy and the Air Force.

The Defence Research and Development Organisation (DRDO) will partner with private players, and avenues of either joint development and manufacture, or manufacture with technology transfer by the DRDO can be explored.

This announcement was followed by a second negative list which placed restrictions on 108 military weapons and systems, including next-generation corvettes, airborne early warning systems, tank engines, and radars.