The US Army is reportedly floating the idea of using high-altitude balloons to reinforce its communications and surveillance gathering capabilities.

If media reports are to be believed, the country’s Space and Missile Defence Command (SMDC) is mulling to capitalize on the less-expensive surveillance capabilities offered by the modern military balloons.

The balloons can add resiliency to the US Army’s existing network of space assets and aircraft supporting multi-domain operations. The recently conducted experiments with high-altitude balloons at White Sands Missile Range, New Mexico, has reportedly thrilled the head of the SMDC.

These balloons are inexpensive and can stay in the air for a very long time, although previously they have been limited to drifting with the wind. The challenge has been developing sensors, algorithms, and software to navigate the winds reliably and precisely.

“It’s just phenomenal what we’re able to do with high-altitude balloons,” Lt. Gen. Daniel Karbler was quoted by Defense News as saying. “I don’t have the cost analysis but, in my mind, pennies on the dollar with respect to doing it. If I had to do it via a (low-Earth orbit) or some satellite constellation, what we are able to provide with high-altitude balloons, it’s tactically responsive support to the warfighter,” he added.

The US Army is optimistic about the balloons supporting the force’s Multi-domain Task Force in the future. The SMDC has been toying with the idea of fielding high-altitude balloons for quite some time now. It believes the deployment of the balloons will be a key capability enabler. 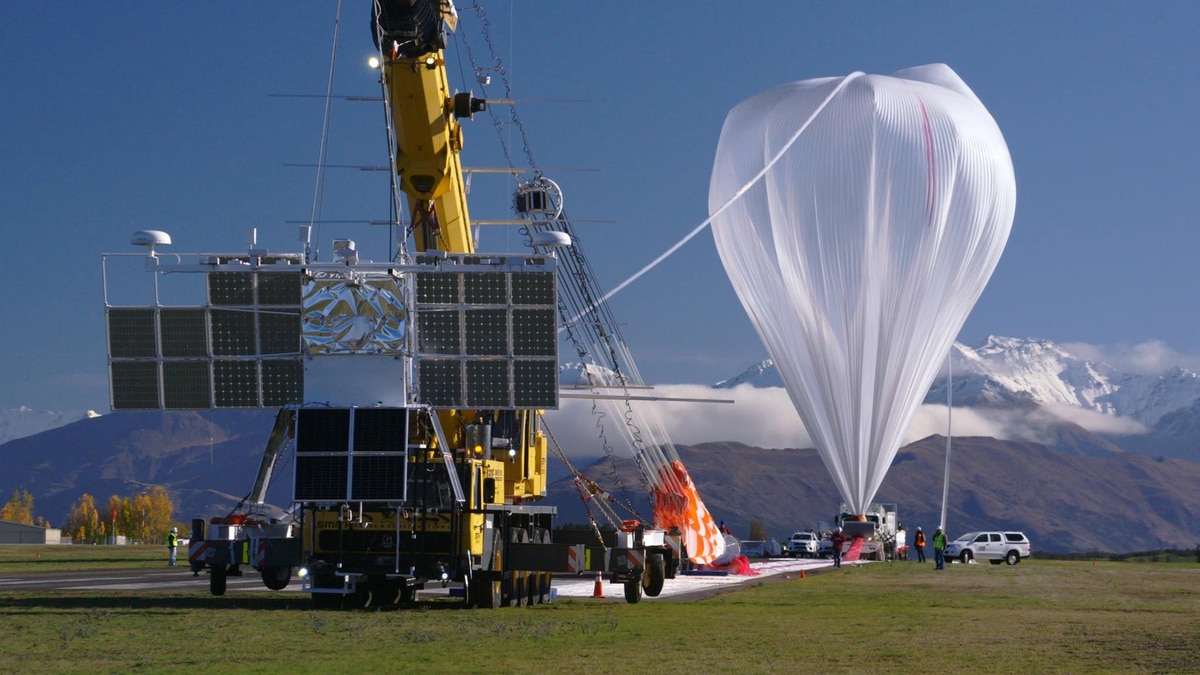 A high-altitude balloon made by Raven Aerostar is shown. (Courtesy – U.S. Army)

The army is looking at aerial platforms that can camp out roughly 60,000-90,000 feet in the air, for a long time. With the advancement in technology, because of commercialization, their features seem to offer new hope for military use.

The Command has been for some time identifying and demonstrating high-altitude capabilities in support of the Army’s needs, including testing potential platforms such as solar aircraft, and airships that could surge mission support, augment existing capabilities globally, and reconstitute lost assets in the air and space domains.

SMDC said it continues to assess these promising technologies on behalf of the Army to offer the service a plan for an affordable, resilient capability to meet the current and emerging needs of the warfighter.

The US Army’s combat operations in Afghanistan and Iraq exposed the lack of adequate intra-unit communications, particularly at lower echelons, and the need for satellite communications resources was highlighted.

The force recognized the need for additional overhead communications systems, but satellites are costly and require either expensive geosynchronous satellites or many low- or mid-earth-orbit satellites.

This highlighted the need for a less-expensive mode of communication and surveillance, which could be deployed in large numbers, driving more focus into high-altitude balloons and airships. Besides, the U.S. Army, which is witnessing a transition into a new force structure, both knowledge-based and network-centric, which necessitates a reliable overhead communication capacity.

Although the US military has immense space assets, primarily the satellite communications (SATCOM), to rely on to connect distant units in battle situations, the exclusive use of military or commercial SATCOM may not be available to meet all of the Army’s connectivity needs.

The RAND Corporation has also advocated for the use of high-altitude airships (HAAs) as an optional surrogate, which could be even more cost-effective if proved technically feasible.

The US-based think-tank claims the communication and surveillance capabilities could considerably improve force performance in a theater battlespace with the successful introduction of airships.

“Airships can function as surrogate satellites but offer the advantages over satellites of shorter transmission distances for relaying ground-based communications and shorter ranges for sensor surveillance of the battlefield and acquisition of ground targets,” reads the RAND report.

It’s been long believed that such airships could provide communications satellite capabilities for the Warfighter Information Network-Tactical (WIN-T) network at less expense than satellites.

One of the greatest disadvantages the military airships will have is their vulnerability to enemy air defenses. Therefore, it will be imperative for the force deploying them to ensure air superiority for airship operations near enemy-held areas. The threat of long-range ground-to-air missile units will have to be completely neutralized before the full communications and surveillance strengths of airship payloads can be realized.

Such aerial platforms could be a viable option for countries with lesser economic capabilities to launch their own communication satellites. It seems a shift to older-surveillance platforms is imminent if the US goes ahead with this decision.

After all, the use of balloons in war is not really new. In a letter to a friend written less than three months after the first manned balloon flight in France in 1783, Benjamin Franklin suggested that – ‘five thousand balloons, capable of raising two men each could not cost more than five ships of the line, and where is the prince who can afford so to cover his country with troops for its defense as that ten thousand men descending from the clouds might not in many places do an infinite deal of mischief before a force could be brought together to repel them?’

The HistoryNet writes that during the turmoil that followed the French Revolution, the government in France established a balloon corps attached to the army and a training academy for corps members.

Its main purpose was to observe enemy positions and strength. Even other European nations at the time – Denmark, Russia and Austria – either employed balloons in military actions or attempted to do so.

The most deadly example of using balloons as military weapons was during the World War II when the scientists in Japan decided to dispatch silent and deadly devices to the American mainland.

The project “called for sending bomb-carrying balloons from Japan to set fire to the vast forests of America, in particular those of the Pacific Northwest. It was hoped that the fires would create havoc, dampen American morale and disrupt the U.S. war effort,” James M. Powles describes in a 2003 issue of the journal World War II.

The balloons were attached with bombs composed of sensors, powder-packed tubes, triggering devices and other simple and complex mechanisms.