Lockheed Martin’s F-35 has flight-tested another successful capability of sharing targeting data into its long list of strengths that makes it one of the world’s most advanced fighter jets.

During Project Convergence, the jump jet version of F-35, F-35B flew while sending and receiving target information to and from Army units on the ground.

What is Project Convergence?

Project Convergence, a multi-platform initiative being developed to help the Army rapidly operate across the land, air, sea, space and cyberspace domains.

A Congressional Research Service report said that Project Convergence 2020, held at Yuma Proving Ground, Arizona, concentrated on what the Army calls the “close fight” by integrating new enabling technologies at the lowest operational level so that tactical networks could facilitate faster decisions.

The Army and Navy collaboration, seen at Yuma was for the purpose of future warfare and to enhance the technology developed by testing and retesting. 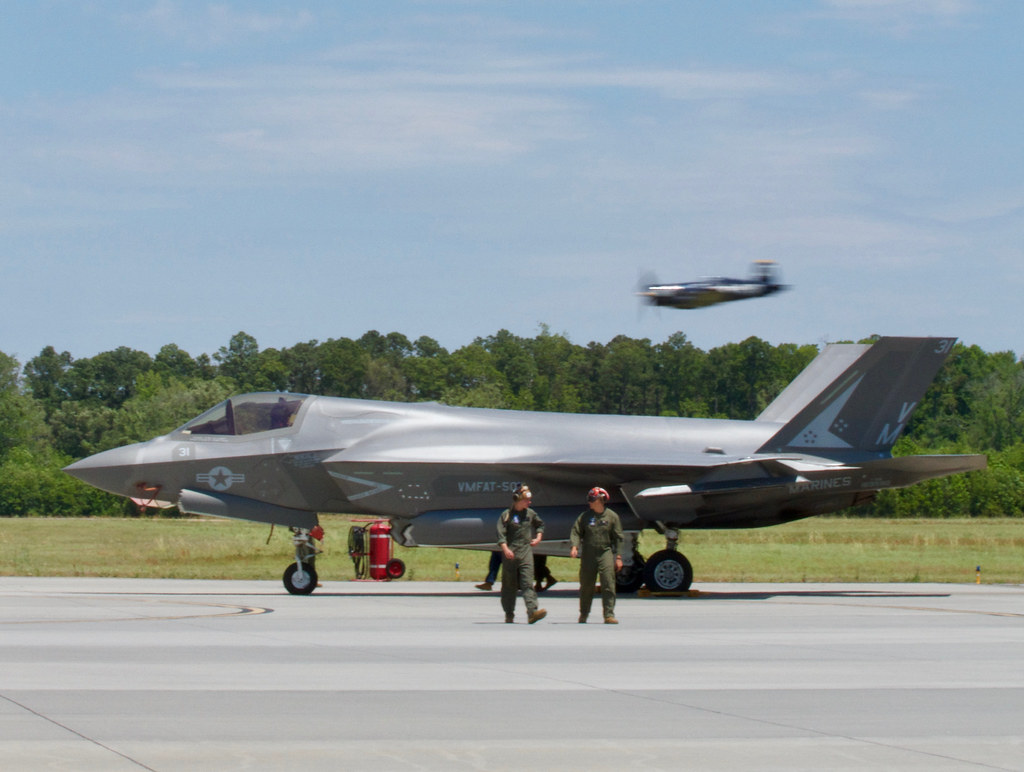 F-35, that was once dubbed by Air Force chief of staff, Gen. David Goldfein as “a computer that happens to fly” added another feather in its hat during this exercise.

Brig. Gen. Richard Ross Coffman told the press that the exercise is held “right across the highway” from Marine Corps Air Station Yuma that stations “many, many F-35s.”

“Due to the incredible relationships that were developed,” he said, “the Marines provided F-35 time.”

#ProjectConvergence is the centerpiece of a campaign of learning which will generate transformational change to ensure the @USArmy stays ahead of emerging challenges to our national security. Learn more about what Project Convergence has to offer the Army. https://t.co/gPXPwrY2Z1 pic.twitter.com/gPVDSir9g6

Talking about the successful exercise he explained that the F-35 was able to collect and deliver target information.

He added that the Army’s AI algorithms spotted targets and transmitted data to the Marine F-35s, Army drones and other artillery as well. Reportedly, it did that “over 350 times in six weeks,” – the most number of times in any exercise conducted.

Such a capability will enhance the lethality of the F-35 as the data transmitted from the ground allowed the F-35 to strike even the hidden targets, decreasing the time to attack time.

According to Kris Osborn of the National Interest, while the F-35 is a 5th-Gen multi-role fighter armed for air-to-air combat and many key missions intended to ensure air supremacy, the military services continue to uncover new tactical advantages potentially offered by the F-35 for a high-tech battlefield.

Coffman said that the Yuma grounds were chosen for the exercise due to harsh weather conditions and “brutal temperature”. “We knew that if we could accomplish our mission here, we can do it almost anywhere on Earth,” he said

Due to high temperature in the desert, the F-35 tires blew up on the runway bringing to light an issue that needs to be immediately addressed as it can affect the safety of the pilot and the efficiency of the mission.

The F-35B can reach the speed of Mach 1.6 — more than one-and-a-half times the speed of sound — and is capable of landing vertically. The fighters can carry two 1,000-pound guided bombs in their internal weapons bays along with two other air to air missiles.