The U.S. Navy’s Super Hornets are set to receive their biggest sensors upgrade next year, with the addition of new IRST (Infra-Red Search and Track) pod and up-gunned electronic warfare suite.

According to Tyler Rogoway quoted by theDrive, the new IRST system is integrated onto the Hornet’s centerline fuel tank and will give the Hornet an ability to observe and pick up targets which are stealthy and have a smaller radar cross-section- at well beyond visual ranges. 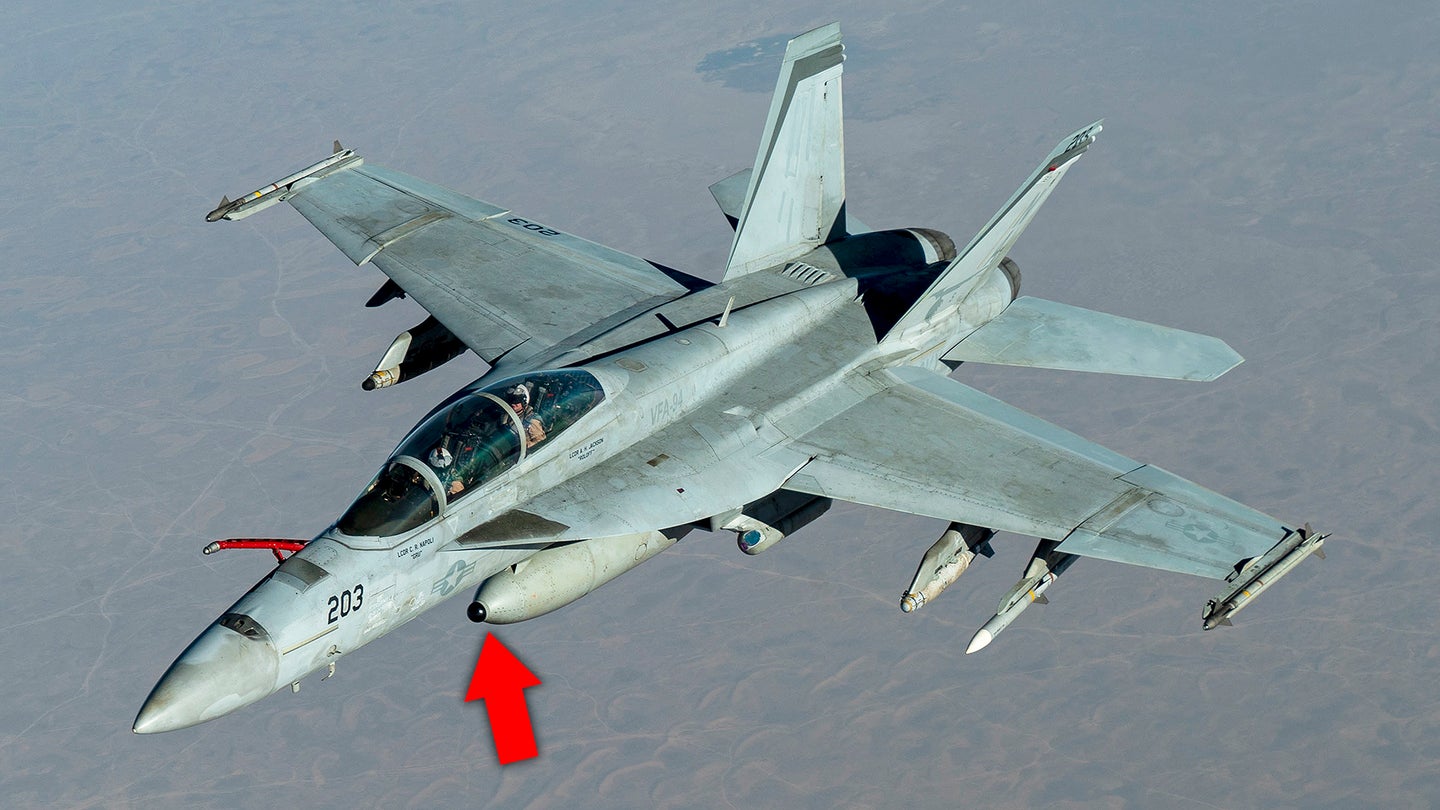 While the upgrades were to be inducted by September 2021, new images have unveiled their testing in the battlefields of the middle east.

The new images posted by the Department Of Defense show a pair of F/A-18F Super Hornets from VFA-94 “Mighty Strikes” flying over Central Command’s area of responsibility “in support of Operation Inherent Resolve.” The “Mighty Strikes” are attached to Carrier Air Wing 17, which is deployed aboard the USS Nimitz (CVN 68), which is presently plowing the waters of the Persian Gulf.

The jets are armed with live AIM-120 AMRAAM and AIM-9X Sidewinder air-to-air missiles, ATFLIR targeting pods, and GBU-38/B JDAMs and GBU-54/B Laser JDAMs. As such, it is interesting to note that the IRST pod is being flown on these combat missions, Tyler mentions in his article in The Drive.

However, the clear perception of the exact variant of the new IRST can’t be taken. The earlier iteration, the Block-1, has also been in testing for quite sometime.

“It is likely that this is the version of the system shown in these photos. It would make some sense to deploy the earlier version of the pod on an operational cruise to better understand how the final production version will slot into the Air Wing when it comes online in about one year’s time.

It would also give the Air Wing a capability it currently lacks, providing another tool to spot targets that are very hard to detect on radar, and an air-to-air sensor system that is not impacted by electronic warfare at all. Both attributes would be highly beneficial considering Iran is very active when it comes to both of these warfighting capabilities,” mentions Tyler.

What is an IRST Sensor?

The Infra-Red Search and Track system is a method of detecting, acquiring and tracking targets onboard fixed and rotary-wing aircraft, which enables them to better observe hostile movements on the ground.

In a practical sense, the IRST is a general form of the forward-looking infrared camera, giving the aircraft an all-round battlefield awareness.