The US, Japan, India, and Australia wrapped up the first phase of the annual Malabar joint military exercise in the Bay of Bengal on Friday, reinforcing the security partnership among the Quad countries amid China’s rising aggression in the region.

As India Still Relies On Israel, How Did Iran Emerge As A Drone Super Power Despite Crippling US Sanctions?

The annual India-led Malabar exercise had begun in 1992 with the US, Japan became a permanent member in 2015, while this year Australia joined the exercise for the first time in 13 years – it had last participated in 2007.

The naval drills are not formally linked to the Quad forum but they are aimed at countering China’s increasing influence in the region.

India had extended the invitation to Australia to join the military drills after a high-level Quad meeting in Tokyo last month. All the four countries have come together as they are facing hostility from China – like border dispute with India and its maritime assertiveness with Japan, diplomatic and economic tussles with Australia along with fledgling superpower rivalry with the U.S.

The exercise included anti-submarine and surface-firing drills as well as at-sea resupply operations.

Japanese Defense Minister Nobuo Kishi said the exercise was “very successful” and “embodied [the idea of] a free and open Indo-Pacific.” 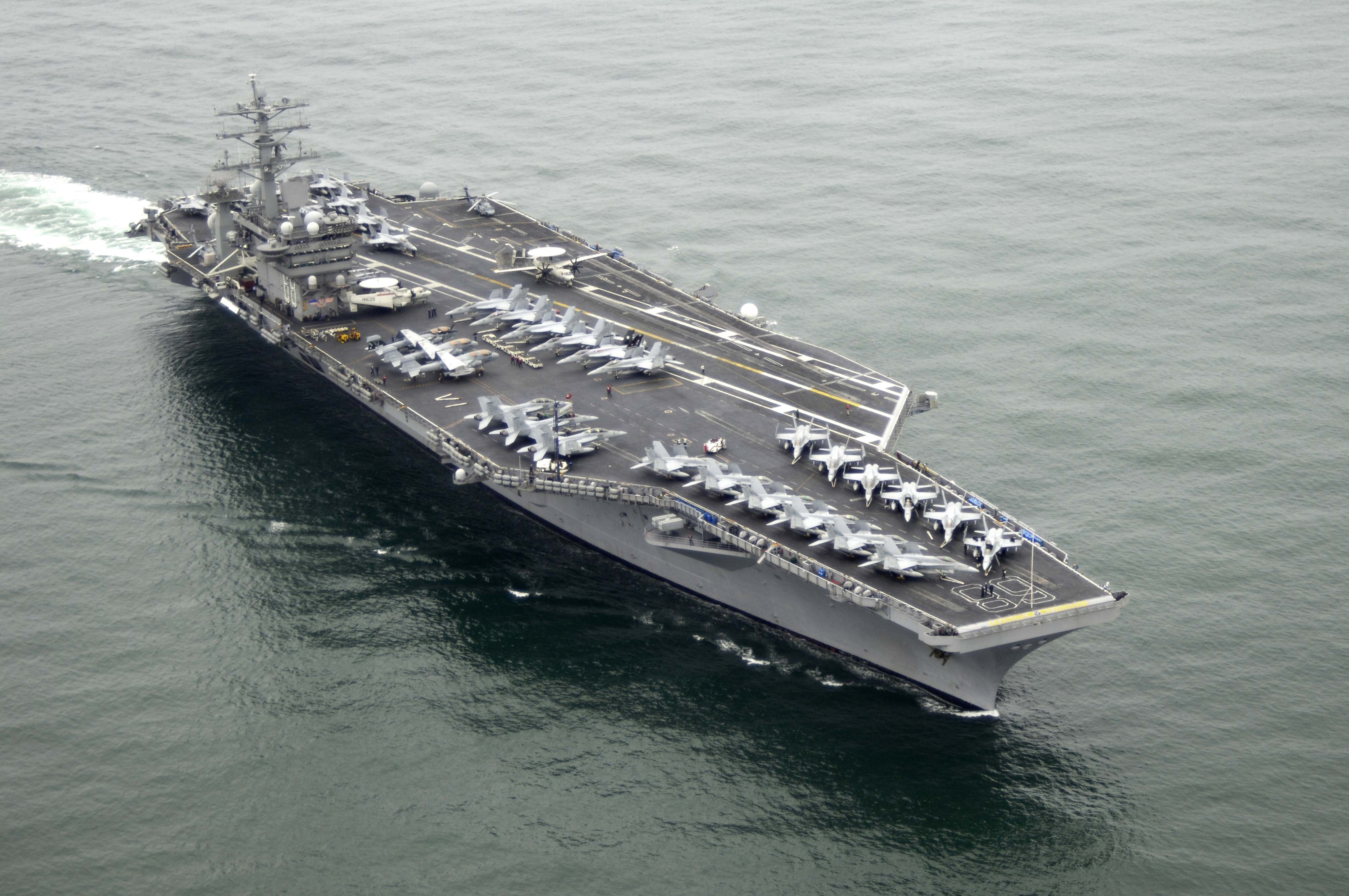 This year’s exercises, their 24th iteration, include a variety of “high-end tactical training,” including anti-submarine and anti-aircraft drills “that are designed to enhance interoperability” between the four countries’ militaries, said the Maritime Self-Defense Force and U.S. Navy in separate statements.

“Malabar provides an opportunity for like-minded navies, sharing a common vision of a more stable, open, and prosperous Indo-Pacific, to operate and train alongside one another,” said Cmdr. Ryan T. Easterday, commanding officer of the USS John S. McCain destroyer.

The second phase of the Malabar war games will begin off the coast of Goa in the Arabian Sea as part from November 17 to 20, which will include Indian Navy’s flagship Vikramaditya and US supercarrier Nimitz along with two destroyers of the Australian and Japanese navies.

Meanwhile, Beijing has not remained silent and has criticized both the Quad and the Malabar exercises, alleging that they are part of an attempt to forge a military alliance designed to rein in China.

China’s Foreign Ministry Spokesperson Wang Wenbin, on the day military exercises began, said: “We hope the relevant countries’ military exercise could be conducive to regional peace and stability, instead of working in the opposite way”.

China’s state-owned media has taken the opportunity to lambast the Quad countries and undermine the naval drills.

Global Times has termed it as “an ill-intentioned attempt to corner China” and is a “hollow bluff”. China will not be disrupted by India’s irrationality or US interference, it says.

The Global Times, quoting Indian experts, says the Malabar drill 2020 “looks mundane,” judging by the assets displayed by the four nations, as the previous one was more sophisticated and focused on anti-submarine warfare.

The Chinese media has termed the Malabar exercise as becoming a pillar of the “Asian version of NATO” – a US-centered military alliance, which Indian experts have objected.

“It’s doubtful whether checking China’s rise by QUAD members with their joint exercises in the waters can be realized. However, the risks are increasing that the Indo-Pacific region will become a geopolitical hot spot,” the Global Times has said.

It mentions that Germany also wants to get involved in the Indo-Pacific region as it is likely to join Australian Navy patrol in the Indian Ocean Region. “When a region has gotten too many external powers involved, the region is bound to face geopolitical rivalry and see more uncertainties,” Chinese media has stated.

India’s joining hands with the US in the Indo-Pacific, especially with high-profile defence deal, is being debated by the analysts and political commentators, questioning if this will serve India’s interests or will damage them further.

While some experts believe that it will be an equal partnership and India will not just be a “junior partner” to Washington’s Indo-Pacific strategy, others believe that the US and India have different issues with China, hence India will only serve US interests by becoming a partner.

Former Indian diplomat Talmiz Ahmad tells SCMP: “India’s oceanic strategic space is limited to the Indian Ocean, stretching from the Malacca Strait to the Persian Gulf and the Red Sea. In that region, China and India have shared interests regarding freedom of navigation, safety of sea lines of communication and safe movement of energy and commerce”.

He believes that the US has been seeking to co-opt India into a maritime alliance against China by adopting the Indo-Pacific frame, merging the Indian and Pacific Oceans into one seamless strategic space.