As tensions mount on India-China border up in the Himalayas and in the South China Sea with Japan, Taiwan and most of ASEAN nations, the US could equip some of China’s foes in Asia with the state-of-art, stealth, fifth-generation F-35 jets.

India Has Snatched-Away Saudi Arabia, UAE From The Clutches Of Pakistan – Experts

With an ambitious goal to build a light aircraft carrier akin to the controversial USS America which houses about two dozen F-35B fighter jets, South Korea has revealed its plans about building such aviation-centric platforms. 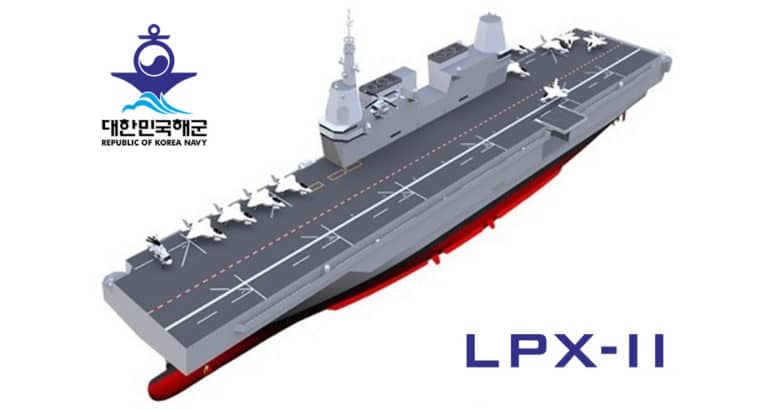 An illustration of South Korea’s planned aircraft carrier from the Ministry of Defense.

The LPX-II program, which was previously referred to as LPH-II, was unveiled in a recent defence spending plan for 2021 to 2025 released on Monday. A new detailed graphic of the ship’s design was also released by the South Korean Ministry of Defense, also linking to the procurement of the F-35B jets from the US.

With the possibility of being surrounded by three countries armed with the new 5th-generation Joint Strike Fighter jets, China has always opposed the sale of these aircraft to its neighbours. Along with South Korea, Japan and Singapore are also working actively for the procurement of F-35s from the United States.

Calling its claims in the South China Sea “completely illegal”, Donald Trump now seems to be assembling a coalition against China. The recent developments in the region indicate a strong will of the smaller nations to fight the threat posed by the Chinese forces.

With a spike in tensions, the U.S. Navy moved two supercarriers USS Nimitz and USS Ronald Reagan to the disputed sea for the first time after 6 years as a show of force. The two supercarriers then went on to conduct exercises with India, Japan and Australia called “The QUAD”.

In response to the exercises, China has repeatedly engaged in a ‘war of words’ via its state-owned news agency Global Times, threatening the US navy ships with its DF-26 “Carrier-killer” missiles and accusing the United States of escalations in the area.

Recently, Taiwan, too deployed its F-16s on patrols against alleged Chinese military exercise against its Pratas Islands, as reported by EurAsian Times earlier. This was followed by a deployment of Marines and consolidation of defences.

Japan is also reported to be strengthening its military preparedness against China. Recent reports of territorial violations by the PLA-N in the Japanese Senkaku/Diaoyu islands for more than three months has triggered the changing of the “self-defence-only” policy of the island nation. As a countermeasure, Japan announced that it would scramble its fighter jets against any sortie carried out from the Chinese Fujian airbase.

In December 2018, Japan declared it was refitting its Izumo-class helicopter destroyers to carry the F-35Bs — a momentous transit as the country hasn’t put aircraft carriers to sea since World War II. The US also bases an amphibious assault ship, as the US Navy calls its small carriers, with F-35Bs in Japan.

In procuring the F-35Bs, South Korea joins the US, Japan and the UK as the only nations with the fifth-generation stealth jets, which Lockheed-Martin says “redefines the multi-role fighter.”

F-35Bs are fifth-generation jets, capable of flying at Mach 1.6 — more than one-and-a-half times the speed of sound — and landing vertically. The planes can carry two air-to-air missiles and two 1,000-pound guided bombs in their internal weapons bays.