Indian Army apprehended two people recently who had sneaked into the Indian territory. Pakistan claims that the detained people were villagers who accidentally crossed the LOC while they had gone for grass cutting.

Indian Army says that two terrorists associated with militant organizations Laskhar-e-Taiba have been arrested who were trying to infiltrate into India through Jammu and Kashmir. EurAsian Times looks at both the Indian and Pakistani version and leave the conclusion open. 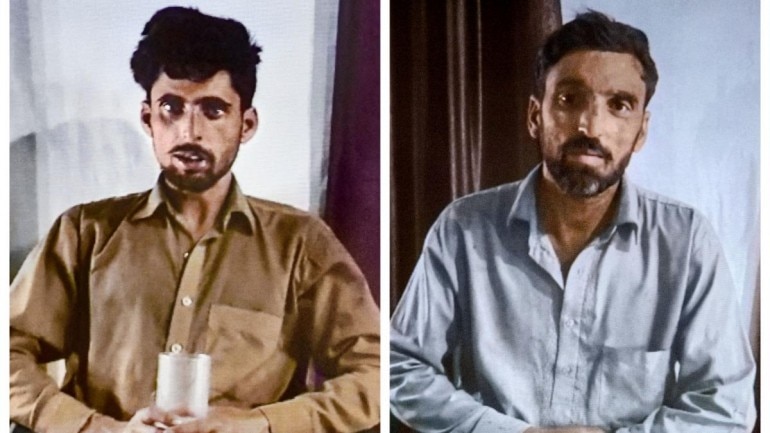 On 21 August, two local farmers from Pakistan-controlled Kashmir – Muhammad Nazeem and Khalil Ahmed accidentally crossed the LOC near Hajipir while they had gone for grass cutting. Islamabad says that the Indian Army and media are projecting these two innocent Pakistanis as terrorists.

On 27 August the incident was discussed by military authorities during weekly hotline contact. Indian authorities acknowledged and informed that routine legal formalities are taking place and they shall get back on that account. Later, on 2nd September Indian media fabricated the facts and declared both innocent individuals as members of a proscribed organisation.

On 3rd Sep, Indian authorities were once again informed during weekly hotline contact regarding false Indian media story despite the prior exchange of information and facts. It was assured by the Indian side that due legal process was in place and the outcome will be shared with Pakistani authorities.

In complete disregard to formal sharing on the incident, a false and fabricated story was presented by the Indian Army on 4 September portraying the individuals as terrorists, claims Islamabad.

Islamabad claims that the detained individuals have been forced to give a confessional statement under the compulsion of Indian Army that they were trained in Pakistan and belonged to Rawalpindi. It is to note that both individuals are inadvertent crossers, local farmers and resident of Village Terraban (Hillan) along LOC and not Rawalpindi.

Earlier, the Indian Army said that they have arrested two Pakistani nationals associated with Laskhar-e-Taiba who were trying to infiltrate into India through Jammu and Kashmir. Army officers addressed the media along with J&K Police on Wednesday morning and played confession videos of the two men.

Addressing the media, Lt General KJS Dhillon said, “Pakistan is desperate to infiltrate maximum terrorists into the Kashmir Valley to disrupt peace in the Valley. On August 21, we apprehended two Pakistani nationals who are associated with Lashkar-e-Taiba.

The Army said the two men were trying to carry out a recce to help a large group of Lashkar-e-Taiba terrorists to infiltrate the Valley. “During questioning the two LeT guides revealed that their handlers across the LoC are planning to push in groups of terrorists to disrupt peace and launch attacks in Kashmir,” said the Army.

A large number of terrorists are waiting to infiltrate. Pakistan is trying every night to push in these men into our side, said Lt Gen DS Dhillon.