Recently, the Chinese People’s Liberation Army Navy (PLAN) and the Air Force (PLAAF) conducted combat drills and almost intruded into the Taiwanese airspace and “approached it from four sides,” during the presence of a top American Diplomat in Taipei.

The Republic of China (Taiwan) air force responded swiftly by scrambling its small number of fighter jets and readied its air-defense batteries. The question is – what could possibly go wrong in case Beijing forces its way into the little island nation?

In a recent analysis by the Chinese state media Global Times, the PLA is fully capable of achieving total air dominance and exercise “command of the seas” over the island of Taiwan and in the Straits.

Such a formation is expected to cover all facets of multidimensional warfare. Considering a scenario of a possible invasion of Taiwan, the island would be first bombarded with a barrage of cruise missiles and naval strikes on its critical military installations and airfields. According to the report, the H-6 bombers would be able to take out naval and ground facilities. 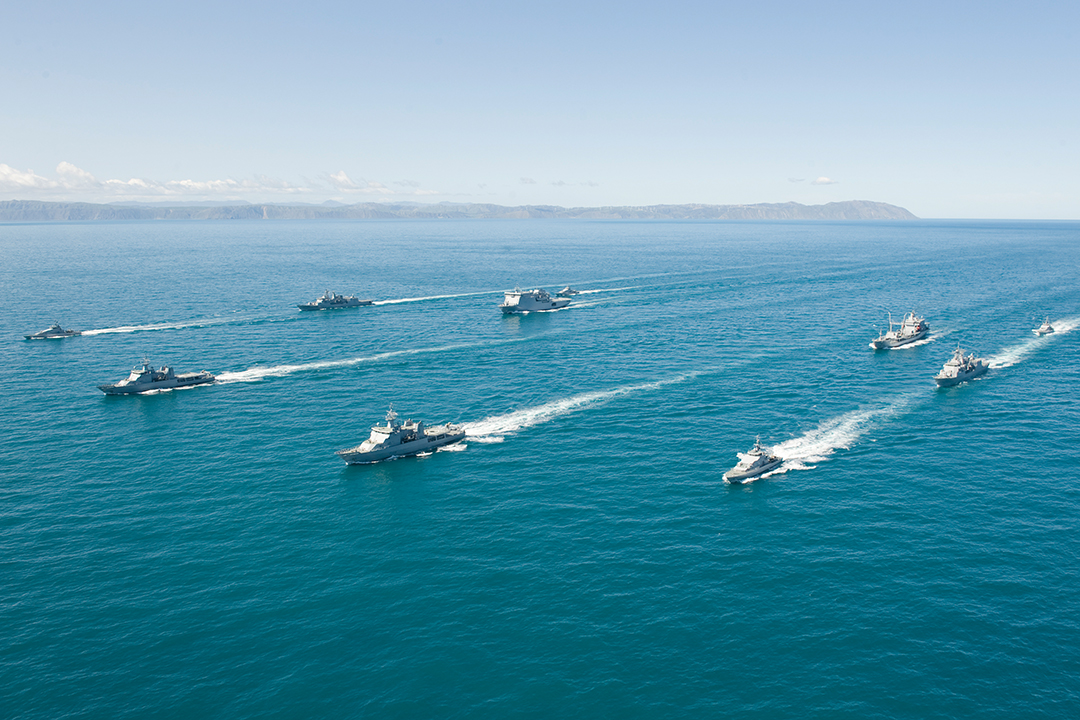 The PLA operates the world’s largest arsenal of combat drones. These can be effectively used to conduct SEAD (Suppression of Enemy Air Defenses) missions, swarms of which can be used in diverting and neutralizing the shore-based anti-aircraft batteries.

As the primary aerial attack aircraft, the J-16s (a copy of the Russian Su-27), J-10s, and J-11s would be able to tackle any aerial threat which would have “survived the initial barrage of strikes.”

“J-10 and J-11 fighters are mainly used in combat against hostile aircraft, H-6 bombers are mainly used to attack warships and ground facilities, J-16 fighters are multirole and can tackle all aerial, maritime and land targets, and the Y-8 anti-submarine warfare aircraft can locate and attack enemy submarines,” a Chinese mainland military expert who asked for anonymity told the Global Times on Sunday.

“The Y-8 anti-submarine warfare aircraft could clear the Straits of submarines and, together with PLA minesweeping vessels, it could pave paths for the PLA landing forces,” Global Times reported.

The strategy mentioned by the Chinese media is not hypothetical. It could be more a question of “when” than “if” about the Chinese attempt of Taiwan invasion, a conflict which could result in a war involving world superpowers – considering the current scenario where the PLA could be cornered with a joint QUAD pressure, involving the militaries of India, United States, Australia, and Japan.

‘Choking China’ – India’s Strategic Islands Get A $3.4B Investment As QUAD Allies Look To Tame The Dragon