Why India, China & Even The US Are Competing For Influence In This Tiny Island Nation In The Indian Ocean?

Despite being the smallest Asian country by size and population, the strategic significance of the Maldives in the Indian Ocean has caught the attention of India and China, which are competing for influence in the region.

The two nuclear-armed neighbors are already engaged in a military standoff on the border following a deadly clash in June.

The cross-sea China-Maldives Friendship Bridge, connecting Maldives’ capital Male with island Hulhulé where the international airport is located is already complete. The $200-million bridge is constructed by Beijing providing $116 million in grants and $72 million in loans, and the rest financed by the Maldives government, reported CNN.

However, in 2018 Yameen faced election defeat and all the Chinese loans approved under his administration came under the scrutiny of the current government. In an interview with BBC, the current Speaker of Parliament Mohamed Nasheed said that the Chinese debt amounts to $3.1 billion.

This includes government-to-government loans, the money given to state enterprises, and private sector loans guaranteed by the Maldivian government. He is worried his country walked into a debt trap.

Dismissing these allegations, the Chinese ambassador in Male, Zhang Lizhong told BBC, “China never imposes additional requirements on the Maldivian side or any other developing country, which they do not want to accept or against their will.” He called Nasheed’s $3-billion debt as “highly exaggerated”. 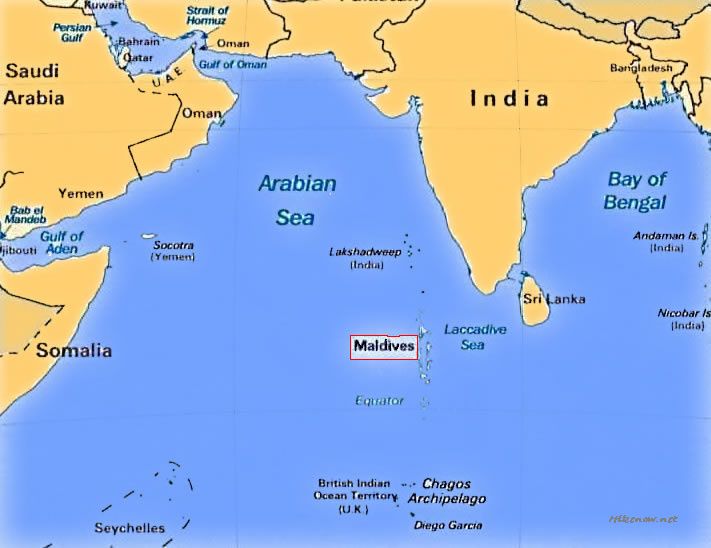 The archipelago is strategically located in the Indian Ocean facilitating global trade. Ritika V. Kapoor, a Research associate, explains in her paper titled ‘Significance of the Maldives to India’ that even while the International Shipping Lanes (ISL) in the vicinity of the Maldives have broad strategic significance for global maritime trade, they are of particular importance to India. Fifty percent of India’s external trade and eighty percent of its energy imports transit these ISLs.

The change in the Maldivian leadership has led to a shift in its relations with India and China. India and the Maldives were close allies until Abdulla Yameen came to power in 2013. Under Yameen’s administration, Male and Beijing established close relations; Chinese President Xi Jinping visited the Maldives in 2014, a first by any Chinese head of state.

However, with Yameen’s defeat in the 2018 elections, Maldives President Ibrahim Mohamed Solih reignited a warm relation with New Delhi. To show its support, India promised a $250-million loan to the Maldives to fight economic woes due to the COVID-19 pandemic.

“It is really quite unprecedented for India, in terms of the scale of the assistance and also the speed in which it has been deployed,” David Brewster, a senior research fellow at the National Security College of the Australian National University told CNN. “It points to a view in Delhi about the importance of the Maldives, that India needs to spend whatever it takes to secure its position there.”

In a show of strength and solidarity with India, US Secretary of State Mike Pompeo visited the Maldives last month. This has pushed the anti-China rhetoric further with the other three Quad partners — India, Australia, and Japan — backing the US move.

During the visit, Pompeo announced plans for the opening of a US embassy in Male. The announcement follows a new defense deal signed between the US and the Maldives to strengthen defense and security cooperation in the Indian Ocean.

While Male isn’t going to strain its relations with Beijing, Nasheed, in an interview with The Print, affirmed the “India-first policy”. “India has been a consistent friend to the Maldives, supporting us in our times of need, and always respecting our independence and sovereignty,” he said.