Why Is Canada ‘Adding Fuel’ To Indian Farmers Agitation & How Will Justin Trudeau Benefit From It?

There are also reports that India has informed Canadian authorities Foreign Minister Dr. S Jaishankar will not attend the meeting that is to take place on December 7 due to “scheduling issues”.

“It (Canada) also opposes import restrictions to protect India’s farmers. The questions posed by Canada to India regarding India’s agri policies in WTO are evidence of the fact that Canada has scarce interest in the genuine well-being of Indian farmers and agriculture producers,” BJP’s foreign affairs department in-charge Vijay Chauthaiwale tweeted.

It also opposes import restrictions to protect India's farmers. The questions posed by Canada to India regarding India’s agri policies in WTO are evidence of the fact that Canada has scarce interest in the genuine well-being of Indian farmers and agriculture producers.

Jose C Mathew wrote a piece in Business Today, stating Canada is a member of the Cairns Group of Agriculture Exporters, whose main objective in agriculture negotiations at the WTO is to seek increased market access for their agri-exporters, particularly in large markets such as India.

He argues, the Cairns Group wants to enhance its market access in such countries by making them get rid of domestic agriculture subsidies that are provided to local producers, even if these are subsistence-level.

On Friday, the Ministry of External Affairs (MEA) issued a “demarche” to the Canadian High Commissioner to India, Nadir Patel, and informed him that comments made by the Canadian Prime Minister, some Cabinet Ministers and Members of Parliament on “issues relating to Indian farmers constitute unacceptable interference in our internal affairs”. The MEA press release warned of a “seriously damaging impact” on Indian-Canadian ties.

On the occasion of Gurupurab (551st birth anniversary of Guru Nanak) on November 30, Canadian Prime Minister Justin Trudeau expressed his concern over the farmers’ protests in India.

“I would be remiss if I didn’t start by recognizing the news coming from India about the protest by farmers. The situation is concerning. We are all very worried about family and friends,” Trudeau said while addressing the Candian-Punjabi diaspora on the occasion.

“Let me remind you. Canada will always defend the rights of peaceful protesters. We have intimated our concerns to the Indian authorities,” he said.

However, such comments made by a western country weren’t well received in India. India’s Ministry of External Affairs spokesperson Anurag Srivastava called Trudeau’s remark “ill-informed”, “unwarranted” and pertaining to “internal affairs of a democratic country”.

We've seen some ill-informed comments by Canadian leaders relating to farmers in India. These are unwarranted especially when pertaining to internal affairs of a democratic country. It's also best that diplomatic conversations aren't misrepresented for political purposes:MEA Spox pic.twitter.com/HXtFTrsxCX

Indian farmers, mainly from Punjab, have been protesting against the new farm laws passed during the monsoon session of  Parliament. Thousand of farmers are now camping on the borders of Delhi in the chilly winters, demanding a rollback of the legislation.

Before they were allowed to enter Delhi, the farmers faced brutal police thrashing, including the use of tear gas and water cannons. The government is holding several rounds of talks to resolve the issue, however, no conclusion has been reached yet.

The Punjabi Diaspora In Canada

Indian-origin Sikhs in Canada account for only 1.4% of the total population, but some of them hold powerful positions including in the government cabinet. Trudeau’s comments triggered anti-India protests in Canada.

India has also raised its voice against such comments from another country and summoned the Canadian High Commission on Friday.

The MEA claimed that such comments encouraged gatherings of extremist activities in front of the Indian High Commission and Consulates in Canada raising issues of safety and security.

“We expect the Canadian Government to ensure the fullest security of Indian diplomatic personnel and its political leaders to refrain from pronouncements that legitimize extremist activism,” it said. 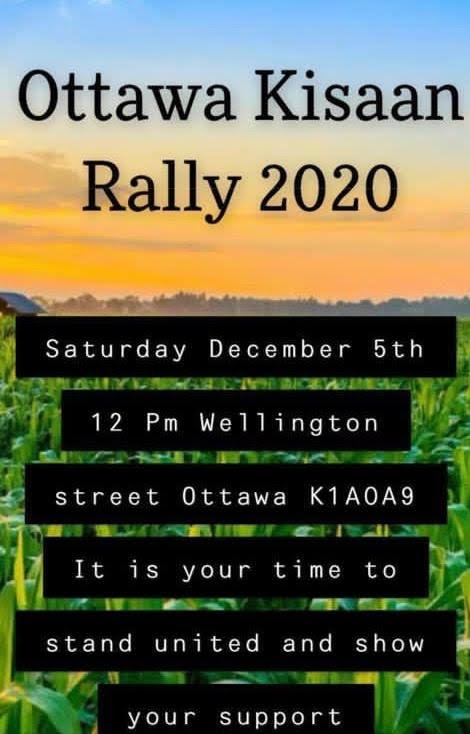 India and Canada have shared amicable ties but the same have been strained due to issues relating to Trudeau’s closeness to separatist Khalistani organizations and their leaders. This isn’t the first time that Indian leaders are irked by the Canadian Prime Minister’s actions.

During Trudeau’s 2018 visit to India, an official dinner invitation was extended to Jaspal Atwal, a member of a separatist Khalistani organization regarded by India as a terrorist group. Atwal was also convicted of attempting to kill Malkiat Singh Sidhu, a former minister in the Punjab government.

After New Delhi expressed its objection, the invitation was rescinded by the Canadian High Commission. During that week-long trip, Trudeau was snubbed by the Indian Prime Minister Narendra Modi who didn’t come to receive the Canadian leader on his arrival, unlike the usual protocol where Modi is present to receive foreign leaders.

Indian media reported that although Jaishankar earlier attended the Ministerial Coordination Group of Covid-19 (MCGC), led by Canadian Foreign Minister Francois-Phillippe Champagne, he has declined the invitation for the December 7 meeting citing his non-availability on the given date.