Amidst China’s aggressive advances at land and at sea, the United States led Quadrilateral Security Dialogue (QSD) alliance with India, Japan and Australia is set to enhance cooperation in fields of military and trade to counter Beijing’s increasing influence in the Indo-Pacific region.

The four countries are set to hold a meeting to discuss China’s growing assertiveness in the region, with a date for the Second QSD or “Quad” summit set to be in early October in Tokyo.

According to Japanese sources, during the summit, Japan’s new Prime Minister Yoshihide Suga, who took office last Wednesday (September 16), will hold a meeting with the top diplomats of the other three countries.

There will also be a meeting between foreign ministers of the four nations – Japan’s Toshimitsu Motegi, the United States’ Mike Pompeo, Australia’s Marise Payne and India’s Subrahmanyam Jaishankar.

With the US engaged in a trade war and on the verge of a potential conflict with Beijing in the South China Sea, India involved in a border-stand-off with China in Ladakh, Japan’s fears of Chinese intrusions near the Senkaku Islands and Australia pledging to halt projects under the Belt and Road Initiative (BRI), the summit could not have come sooner.

At the start of September, US Deputy Secretary of State Stephen Biegun had said that the Trump administration was looking to formalize its closer defense ties with the three countries in the region against China on the same lines of the North Atlantic Treaty Organisation (NATO).

According to South China Morning Post (SCMP), Biegun wanted the four countries to work together to counter “a potential challenge from China” and “to create a critical mass around the shared values and interests of those parties in a manner that attracts more countries in the Indo-Pacific and even from around the world … ultimately to align in a more structured manner”.

Biegun, while speaking with US ambassador to India, Richard Verma in an online discussion organized by the US-India Strategic Partnership Forum, said –

“The Indo-Pacific region is actually lacking in strong multilateral structures. They do not have anything of the fortitude of NATO or the European Union. The strongest institutions in Asia oftentimes are not, I think, not inclusive enough and so … there is certainly an invitation there at some point to formalize a structure like this.”

Remember, even NATO started with relatively modest expectations and a number of countries (initially) chose neutrality over NATO membership.” he added.

According to experts, the formalization of the alliance is a huge setback for China who despite fighting off the nations individually might not be able to cope up against a NATO-like team of four on its own. 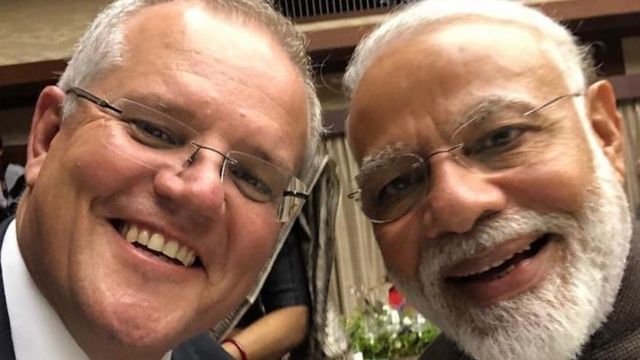 According to an expert speaking to Australian TV channel ABC – “China did not expect such an alliance to come into being. But they have forced us to do so. That’s what’s bothering them.”

However, according to Qian Feng of the Global Times, a daily newspaper under the auspices of the Chinese Communist Party (CCP), India and Japan are unlikely to contribute significantly to the summit against China.

“It is more likely that India and Japan want to build momentum through the upcoming summit to form a common position and pressure China. However, it is unlikely that they will make substantial moves against China after the summit,”

“This is because China-India and China-Japan relations have not declined as rapidly as China-US relations have. Although New Delhi wants to add pressure on Beijing, solving China-India disputes through negotiations is still a general trend.

As for Japan, it may still want to stabilize relations with China considering its economic development in the post-pandemic era. This being the case, New Delhi and Tokyo may not use extreme rhetoric and actions to provoke Beijing.”

With India reaching a five-point consensus with China on the border conflict, it is not certain whether New Delhi will like to jeopardize the ongoing peace talks with Beijing by taking a major step in the Quad summit.

Another question arising amongst many analysts is whether there will be a change in a stance against China from the US attributing to the political changes within Washington ahead of the US Presidential elections in November.

The four-nation “Quad”, which has its first meeting in September 2019, was launched under former Prime Minister Shinzo Abe as a means to counter China’s growing influence in the Indo-Pacific region. The framework shares basic values including democracy and the rule of law to enhance cooperation in the security and diplomatic fields.