India is one of the worst-hit countries by the Covid-19 pandemic, with its economy entering a ‘technical recession’ phase. The country is also facing a prolonged border conflict with its neighbor, China.

About five months ago, Indian and Chinese troops got into a brutal clash in the eastern Ladakh that killed 20 Indian soldiers and injured several others. Chinese soldiers also suffered casualties although, the official number wasn’t released.

Following the clash in June, tensions have been flaring up with frequent skirmishes between soldiers of both the nuclear-armed nations. This led to a fierce military standoff resulting in the deployment of a large number of troops and heavy artillery being moved towards the Line of Actual Control (LAC).

According to Bhim Bhurtel, a visiting faculty for a master’s in international relations and diplomacy, Tribhuvan University in Kathmandu, New Delhi is doing exactly what China wanted with its India strategy since April.

“Whatever China wants India to do, India does,” he noted. He explained that while Beijing doesn’t consider India as a current rival “because it is economic and military capabilities lag far behind China’s” but it sees it as a possible future rival.

“Beijing wants to gain the upper hand over India strategically while resolving the border dispute,” he stated. “If that cannot be done quickly, China will prolong the border standoff in Ladakh. However, if India perceives this strategy as a weakness and attacks China, Beijing will retaliate strongly,” Bhurtel wrote in a piece for Asia Times.

Another expert taking to the EurAsian Times who wanted to remain anonymous said that China is adopting the same strategy that the US adopted against the USSR during the cold war. China is making India go for expensive weapons and military spending when its economy is very fragile.

Although India and China have engaged in several rounds of military commander talks, full disengagement on the border is still far-fetched. New Delhi has already approved the purchase of emergency military equipment from key allies, including Israel, France, Russia, and the US.

India has also increased military cooperation with countries that sustain a rivalry with China. The Quad nations — India, the US, Japan, and Australia — have conducted the Malabar Naval exercise in the Indian Ocean, which has irked Beijing. 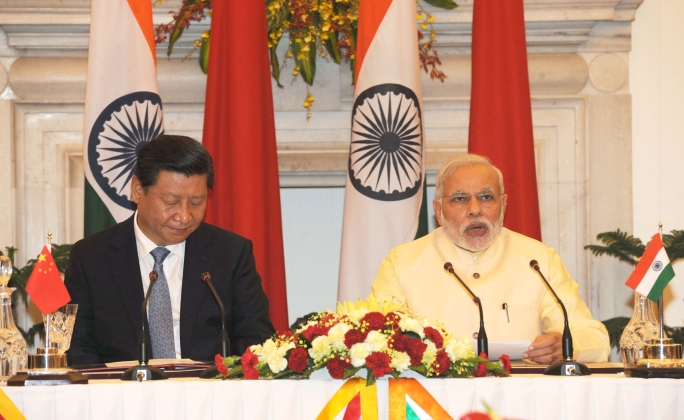 The Chinese state media has called New Delhi a “pawn of the US just because of India-China border issues”. Bhurtel believed that China expected this, and New Delhi is going in the direction that they wanted. “China wants to divert India’s national energies and effort.

The country’s politicians, administrative leadership, army, media, intellectuals, and the general public all seem to be preoccupied with border disputes with China,” he noted.

Bhurtel argued that Beijing is fuelling an arms race with India, leading the latter to divert its resources from more pressing issues such as poverty alleviation and economic spending.

On the other hand, Beijing has driven its military technology to develop indigenous aircraft carriers and fighter jets while India has to still rely on technology from other countries to compete with China.

“For the modernization of the Indian Air Force, Navy, and Infantry, New Delhi will waste enormous financial resources on military and logistic supplies,” wrote Bhurtel.

“Because of India’s territorial nationalism, a political situation will be developed whereby the government spends scarce financial resources on irrational projects such as constructing a road or airport in the high Himalaya or buying aircraft carriers.”

Previous article
Taiwan Counters Chinese Threats By Inaugurating Indigenous Submarines That Will Be Equipped With Deadly Harpoon Missiles
Next article
Why AMRAAM-ER, The World’s Most Powerful Beyond Visual Range (BVR) Missile Can Be A Game Changer In The Middle-East?