As tensions between India and China escalate in the Ladakh region and Beijing’s hostile military drills in the South China Sea infuriating both the US and Taiwan, Pentagon is set to deploy its most advanced armed drones in the conflicted regions.

To start with, India has decided to buy MQ-9B Sky Guardian drone from the US. New Delhi has further decided to upgrade the Israeli Heron fleet with satellite communication capability enhancing its range and surveillance capabilities, reported Hindustan Times (HT).

The American MQ-9B has a 40-hour endurance with a maximum altitude of 40,000 feet. Its payload capacity, including air to surface missile and laser-guided bombs, is up to 2.5 tonnes. 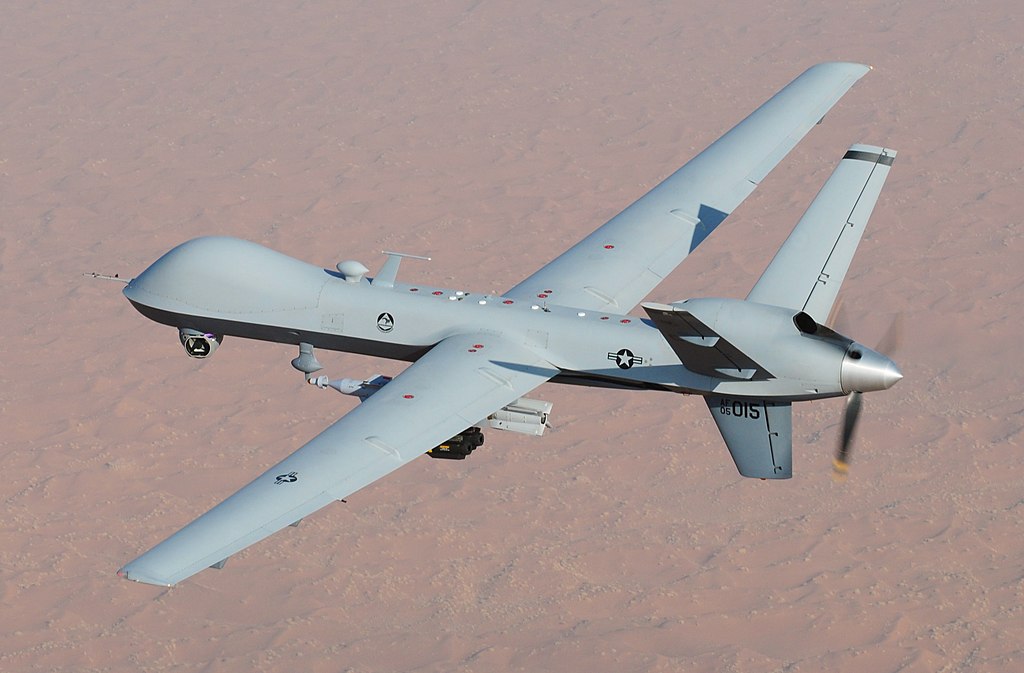 Washington has also deployed the lethal MQ-9 Reaper drone in the South China Sea, a move that has infuriated China. The hunter-killer MQ-9 Reapers, which have so far been used to battle insurgents in Iraq, Afghanistan and Africa, are now being reprogrammed for maritime operations, according to US military officials.

The lethal drones, which have some high profile kills, are most famous for killing the Iranian top commander Major General Qassem Soleimani in Baghdad in January this year.

The Indian Ministry of Defence (MoD) meanwhile has decided to acquire 30 such drones worth $3 billion (Rs 22,000 crore) from the US. The initial lot of six Reaper Medium Altitude Long Endurance drones two each for Army, Navy and Air Force will be procured immediately indicating the urgency of the acquisition, reported India Today.

The report further stated that New Delhi has requested for urgent delivery of six MQ-9s worth approximately $600 million (Rs 4,400 crore) which will be delivered in the next few months. The rest 24—eight drones for each service—will be acquired over the next three years under an ‘option clause’ in the contract.

New Delhi has also requested Israel to upgrade communication links in the existing fleet of Heron drones. Due to lack of a satellite link in the Heron, two such unmanned aerial drones have to be flown in tandem with a time gap so that information is relayed back to base through the second drone in case of long-range surveillance.

It further said that the upgrade will link the Heron drone with the satellite enabling real-time information will be obtained. It will further enhance the drone capability for long-range surveillance without the fear of losing contact with the base or go into no contact zone.

With soaring tensions at the Ladakh border and People’s Liberation Army (PLA), New Delhi is stepping up the ante by taking emergency procurements of weapons and military hardware to stand prepared for the worst-case scenario.

Chinese experts talking to the Global Times stated that the MQ-9 is not a serious challenge for China, as it does not possess stealth capabilities and flies at a low speed and low ceiling, which makes it an easy target for ground-to-air missiles, Fu Qianshao, a Chinese military aviation expert said.

Armed reconnaissance drones – like the MQ-9 – can only be deployed when against smaller nations with less developed armed forces that do not have adequate air defence capabilities, Fu said, noting that many US drones have been shot down in their previous missions.