India Denies Permission To US Senator To Visit Kashmir Valley

US Senator Chris Van Hollen has been reportedly denied permission by New Delhi to visit Jammu and Kashmir during his trip to India. The region has been under a communication blackout post revocation of Article 370 as New Delhi fears violated protests which New Delhi says are sponsored by Pakistan. 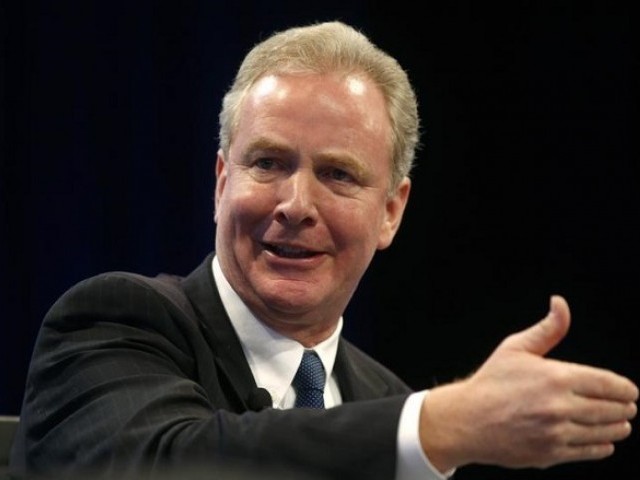 According to the Washington Post, Van Hollen, a Democrat senator who represents Maryland, said he had asked to go to Jammu and Kashmir so he could see the reality on the ground for himself, but denied permission.

“If the Indian government has nothing to hide, they should not worry about people visiting Kashmir and witnessing the situation with their own eyes,” he said in an interview in New Delhi on Friday.

Resolve Kashmir Crisis Before Two Nuclear-Armed Nations Hit Out At Each Other: Imran Khan

Van Hollen is one of nearly 50 members of a bipartisan group of US senators who have urged President Donald Trump to immediately intervene and pursue Indian Prime Minister Narendra Modi to lift curfew and end communication blockade in the Jammu and Kashmir.

As the world’s two largest democracies, India and the United States “talk a lot about our shared values,” he said. “I think this is a moment where transparency is important.”

Last month, the Democrat senator proposed an amendment to an appropriations bill that referred explicitly to the restrictions implemented by India.

While encouraging “enhanced engagement with India on issues of mutual interest,” it also noted “with concern the current humanitarian crisis in Jammu and Kashmir” and called on the Indian government to restore communications and release detainees.

The amendment was adopted unanimously by the Senate Appropriations Committee, and the bill is likely to receive a full vote in the Senate in coming days.

US To Deploy Powerful Fleet Of F-22 Raptors, F-35s, B2 Stealth Bombers To Australia To Deter Belligerent China – Pentagon Report