India has made significant progress in its ambitious plan to build an indigenous fifth-generation stealth fighter jet in the last few years. The Aeronautical Development Agency (ADA), which is part of the Ministry of Defense’s Department of Defence R&D, is playing a crucial role in this endeavor.

The agency had previously contributed to the advancement of the nation’s Light Combat Aircraft (LCA) HAL Tejas. The Week recently published an article about how the agency helped to develop a final design for the indigenous stealth fighter plane from scratch. 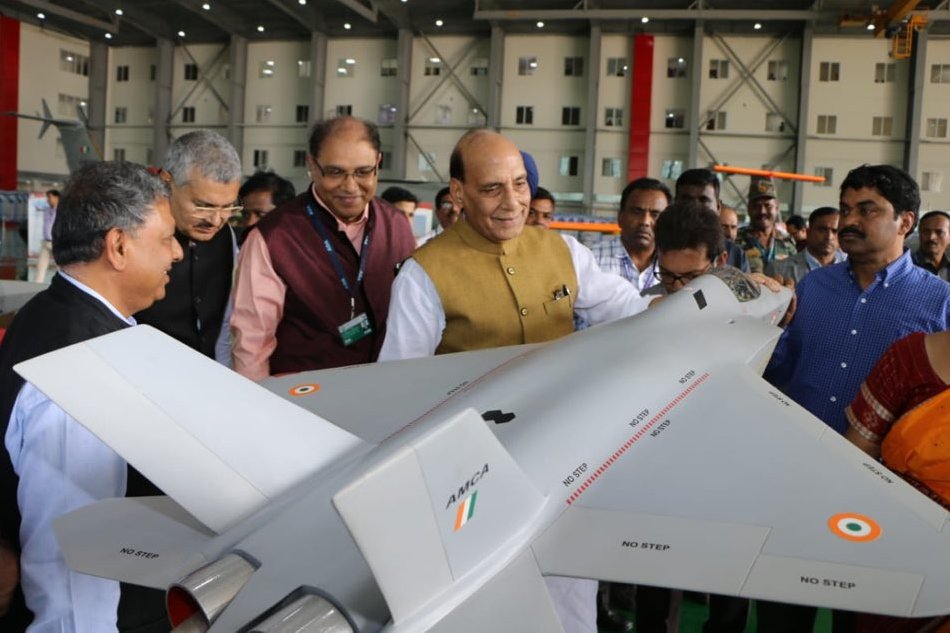 The ADA’s director-general, Girish S. Deodhare, informed The Week that the AMCA’s design was finalized. “Now, it is just a matter of making the jet,” he said. A fighter plane includes nearly 15,000 components, all of which have been finalized in terms of design.

Stealth aircraft are built to avoid being detected by hostile radar or air defense systems. The AMCA is a fifth-generation stealth fighter with a low-observability design. The aircraft is designed as a twin-engine stealth aircraft with an internal weapons bay and diverterless supersonic intake.

‘Knocked Out’: Russia’s Most Advanced Tank Goes Up In Flames After Ukrainian Army Gets A Direct Hit — Watch

For the IAF, the AMCA program is crucial. The world’s fourth-largest air force is dealing with a dwindling combat fleet; it has 32 squadrons instead of the sanctioned 42.

Aside from the F-22 and F-35 produced by the United States, China’s J-20 and Russia’s Su-57 are the only other operational fifth-generation stealth fighters in the world.

The ADA created a small study group to explore the capabilities of a fifth-generation fighter in 2005, which kicked off the work on India’s stealth aircraft. Meanwhile, the F-22 was launched around the same time.

In 2009, a core group was established with five defense scientists. N.A.K. Browne, the Indian Air Force’s then-deputy chief, briefed them on the IAF’s operational needs. The knowledge acquired by the ADA while developing the LCA Tejas gave them the confidence to try their hand at stealth aircraft design.

The F-22’s remarkable maneuverability and ability to achieve supersonic cruise speeds (at Mach 1.8) without using afterburners greatly intrigued the team. It was the only fifth-generation fighter in service back then.

Ashish Kumar Ghosh, project director, was quoted in the report as saying “From its technology to capability and its look, a feasibility study was initiated under me with a budget of Rs 90 crores.”

He stated that the team has been interacting with IAF personnel to understand the requirements since the beginning. The AMCA team’s original concept was for an all-weather, multi-role fighter capable of aerial combat, ground attacks, enemy air defense suppression, and electronic warfare.

The first practical configuration was devised in 2013, and the IAF approved it. However, following the success of the BrahMos project, a joint venture with Russia was established to develop a fifth-generation stealth fighter.

India had promised to invest $6 billion in research and development for the project.

Following many points of contention, the IAF withdrew from the initiative in 2018. The IAF was seeking to modify the new fighter without Russian assistance.

However, Russia declined to disclose the computer source codes that would allow India to accomplish this. At that time, India had already paid $295 million to Russia for the project’s early design phase. All this led to delays in the AMCA program.

However, it is believed that Russia eventually agreed to provide the computer codes on the condition that India increase its financial commitment to the joint venture to $7 billion, which India declined.

Meanwhile, a Project Monitoring Team (PMT) was created for the AMCA project to oversee all areas and collect extensive input from the pilot and ground crew. The PMT, led by an air marshal, attends all ADA meetings and streamlines any IAF headquarters clearances that are required, the report said.

India’s scientists have also demonstrated their potential to develop a stealth aircraft. According to Ghosh, building stealth technology in India was previously thought to be unachievable.

“Developing the stealth features, its shape, paint coating, and radar-absorbent material is a closely guarded secret,” he said. “Though it took a lot of time, every material that makes the aircraft stealth has been finalized.”

The plane is built to be lethal in both air-to-air and air-to-ground combat. BrahMos-NG (next-generation) air-to-ground missiles, Astra air-to-air missiles, anti-tank missiles, Rudram anti-radiation missiles, laser-guided bombs, and precision munitions will all be installed aboard the AMCA.

Ghosh emphasized the importance of striking a balance between maneuverability and stealth features, citing the Sukhoi Su-57, Russia’s fifth-generation stealth fighter. It has yet to be inducted because the Russian military is unhappy with its stealth design.

He mentioned the Lockheed Martin F-117 Nighthawk, the US’s first stealth fighter, which was shot down by a missile attack because it lacked maneuverability. That’s the reason the US focused on stealth and maneuverability in the F-22 program. However, maintaining this jet is a costly affair.

The IAF requires only seven AMCA (including the Mark-2) squadrons. The AMCA will be more expensive than other fighters because of its stealth features.

The ADA has set a 10-year timeline for developing the first five prototypes and flight testing. Each of the five prototypes is expected to cost around Rs 900 crore. However, as the production process matures, the cost is likely to drop dramatically.

AMCA can undertake a deep strike without ground support, according to one of the project’s scientists. Even the most modern fighter jets, such as the Dassault Rafale, require the assistance of another plane or ground crew.

The F-35 is the only fifth-generation aircraft possessing this capacity. Scientists are uncertain about such capability in the Su-57 and the Chinese Chengdu J-20.

Overall, the team is optimistic about the development timeline and even wants to involve private companies in the manufacturing process. The ADA has already begun conversations with three private companies about responsibility distribution.

Previous article
Japanese Fighters, Warships Shadow Chinese Navy Strike Group As PLA ‘Flexes Its Muscles’ In The Western Pacific
Next article
No F-35, But US Congress Leans Towards Rewarding Turkey With F-16 Fighters For Its Assistance To Ukraine