US, Israel Readying Their Stealth F-35 Jets If Iran Procures S-400s From Russia

After the UNSC rejected the US draft resolution to extend the arms embargo indefinitely against Iran, Israel and the US are now preparing for a situation where Russia could sell advanced missile defense systems like S-400 to Iran.

For the second time this year, the US and Israel Air Forces conducted joint drills with their aims said to include improving the jets’ survivability against simulated “sophisticated enemy air defenses and fighters before striking ground targets,” according to Breaking Defense.

The drill was called ‘Enduring Lightning II’ involved the US 421st Squadron and Israel’s F-35I Adir jets and took place over southern Israel on August 2. 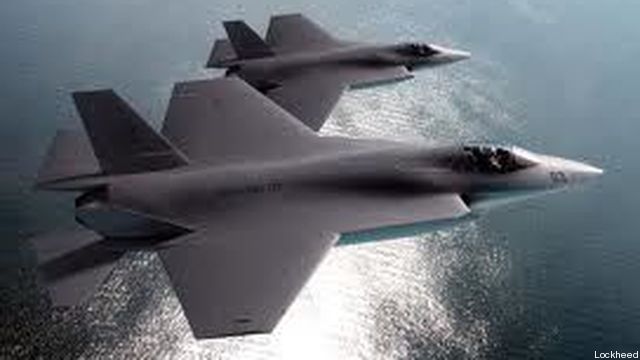 “The Security Council’s failure to act decisively in defense of international peace and security is inexcusable,” said Mike Pompeo, the US Secretary of State. However, the US Ambassador to the UN Kelly Craft warned Washington would initiate the “snapback”. “In the coming days, the United States will follow through on that promise to stop at nothing to extend the arms embargo,” he added.

Enduring Lightning II@IAFSite and @usairforce F-35s trained together in southern Israel for the second time this year, strengthening partnership, cooperation and learning between the forces.

According to a 2019 Pentagon report, titled Iran Military Power Report Statement, part of its ‘Military Power’ series which also includes Russia and China, suspected that after the embargo expires in 2020, it would provide “Tehran an opportunity to acquire some advanced capabilities that have been beyond its reach for decades.”

It added that Iran already has acquired the Russian SA-20C air defence system, which provided Iran with its first capability to defend itself against a modern Air Force.

US President Donald Trump has warned of additional sanctions would be applied against the Islamic Republic. Meanwhile, Israeli Prime Minister Netanyahu pledged its support to the US saying it would “continue to act in close cooperation with the US and countries in the region to block the Iranian aggression.”

F-22 Raptors Incompetent Against China Because They Were Designed To Fight USSR: J-20 Designer

According to Bradley Bowman, a senior director for the Center on Military and Political Power at the Foundation for Defense of Democracies, in 2019, Iran also sought to purchase the S-400, the highly capable Russian mobile surface-to-air missile system.

Moscow reportedly declined that request. “But if the arms embargo is permitted to lapse, Moscow might relish the opportunity to sell Tehran the S-400s as well as fighters and other weapons,” he added.