Indian Army Chief Bipin Rawat had tough words for Pakistan during the 20th-anniversary ceremony of India’s victory in the Kargil War. The Army Chief asserted that India has the claim over the entirety of Jammu and Kashmir. He maintained that reclaiming the region is entirely a political decision and that the Army will follow the orders.

The Army Chief remarked on the history of the Kashmir accession into India on October 1947 by then King Hari Singh. General Rawat commented on the accession recounting how the Indian Army deployed in the region threw out the Pakistani infiltrators and a portion was separated during the ceasefire. The region is now known as Pakistan Occupied Kashmir (PoK).

One of the most notable wars between the two arch-rivals, the Kargil War was waged for 60 days between May 3 and July 26, 1999. The Kargil Vijay Diwas is celebrated to commemorate the Indian martyrs and the success of “Operation Vijay” which was launched to recapture territories held by Pakistani intruders. 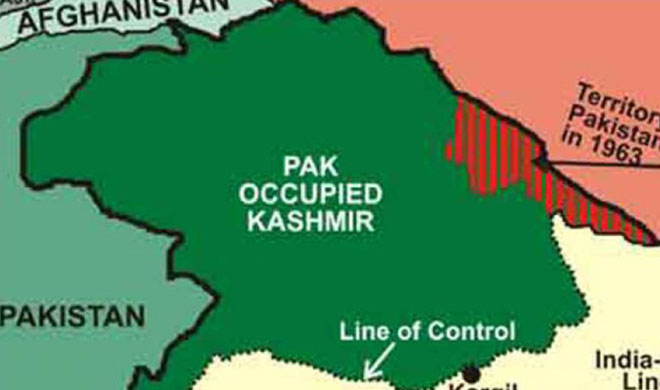 General Rawat suggested, “India has the right over the entire Jammu and Kashmir region, including Pakistan Occupied Kashmir (PoK)…Will it be taken back in a political manner or will there be another way, it will be decided.”

US Warms-Up To Pakistan, Mentions Kashmir; Is India Trapped In Its Own Web?

A total of 527 Indian soldiers lost their lives in the Kargil War in and around the Kargil district and the Line of Control (LoC). To honour the war heroes there are events and functions organised from the Kargil-Dress sector in the North to Delhi and Assam and all over the country, there are many such events organised to remember the lives lost.

After the 60-day-long battle, India was able to regain control of all territories held by Pakistan and re-establish power in the region.

The signing of the Lahore Declaration (1999) which called for a peaceful resolution to the Kashmir conflict through bilateral solution did not go down well among some hardliners in the Armed Forces in Pakistan. The infiltration, ‘Operation Badr”, was devised to sever links of communication in Kashmir and Ladakh which would compel the Indian Army to withdraw forces from the Siachen glacier. The response from the Indian side was ‘Operation Vijay’.

General Rawat forewarned Pakistan to not engage in similar foolhardiness by suggesting that India would retaliate with brute force if it comes to the point of conflict. “Don’t do it. Misadventures are normally not repeated. You’ll get a bloodier nose next time,” said General Rawat during a press conference later in the day.

US, China Again Clash Over Dalai Lama’s Successor; Engage In ‘Shadow-Boxing’ To Secure Authority In Tibet