Although many defense experts have recognized that the American F-22 Raptor or F-35 jets are capable of overpowering Chinese J-20 jets if the two countries come face to face in war, Beijing, however, may have a different mission for its Mighty Dragons.

The J-20 has been described as a revolutionary, cognition-subverting next-generation fighter jet, characterized by long-range, high capabilities in penetration, awareness, firepower, and fast decision-making.

Analysts believe that with J-20’s long-range interceptor capability, could be used to shoot down American tankers and other reconnaissance aircraft.

According to Justin Bronk, an analyst with the London-based Royal United Service Institute, the J-20 is the largest [low-observable] fighter design currently in production or known testing, with an impressive internal fuel capacity and ability to carry up to four external fuel tanks on jettisonable under-wing pylons.

Why Dassault Rafale Jets- The Epitome Of French Power & India’s Pride Could Be Close To Shutting Its Shop?

“This will allow the J-20 to act as a long-range interceptor, hunting down American tanker and big-wing [intelligence, surveillance and reconnaissance] enabler orbits far from the mainland—a critical task if China is to keep the might of American tanker-dependent tactical airpower at arm’s length in a conflict,” wrote Bronk in his October report.

However, he added that the J-20s have some drawbacks including its heavyweight and less agility, which is why it doesn’t stand a chance in front of the F-22, having extreme performance and agility.

However, Chinese experts claim that the J-20, which developed much later than the F-22 has many advantages over the Raptors. They believe that some of the F-22s features seem more suitable for Europe than the Pacific.

The F-22 only has a combat range of about 500 miles, which might be fine for the restricted confines of Eastern Europe, but less so for the enormous stretches of the Pacific. The J-20’s 700-mile combat range gives the Chinese stealth jet a longer reach over flash-points such as the South China Sea.

David Axe of Forbes echoed a similar sentiment saying that due to F-22’s lack of range, the Raptors would rely on tankers to keep them in the fight. If the J-20s manage to strike these American tankers, “they also kill the F-22s that need extra fuel in order to return to base” in US-allied countries.

“What China appears to have decided to pursue with the low-rate initial production batches of J-20A is a fighter with a sufficiently small Radar Cross Section (RCS) to be hard to detect within the background clutter of any clash relatively near China’s own airspace,” explained Bronk. 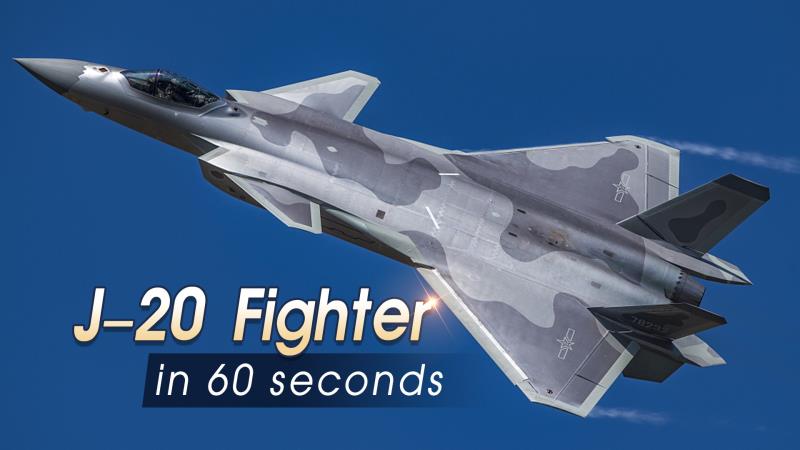 “In such a scenario, there would be hundreds of non-LO aircraft and missile tracks in the area of operations, as well as intensive electronic warfare. The threat of J-20s with long-range PL-15 missiles operating within the background chaos would be a major headache for US planners attempting to protect critical tanker and ISR orbits within the useful range of the area of operations,” he added.

The Chinese J-20, developed by Chengdu Aerospace Corporation, entered service in March 2017 and can carry upto six air-to-air missiles in the fighter jet due to greater space in each bay.

Bronk concluded that if China were prioritizing an F-22/F-35-style capability to penetrate deep into airspace defended by other powers, the all-aspect very low observable deficiencies of the current J-20A would be problematic, but within a primarily regional context, it is a sensible balance of cost, design complexity and low observable features.