Russia’s new air to air – S-500 surface missile system is being branded as the F-35 killer by its media and the makers. The anti-aircraft missile system has entered state trials, said Russian Deputy Prime Minister Yuri Borisov said at the Army-2020 forum as reported by Tass.

According to publicly available information, the S-500 will feature the 40N6 extended-range guided missile capable of engaging targets up to 155 miles away. It would be able to detect and attack up to ten ballistic missile warheads flying at speeds of over four miles a second.

Where Does Indian Air Force Stand Against Pakistan After 55 Years Of Indo-Pak War?

The 30-foot-long two-stage solid-fuel missile travels at nine times the speed of sound and is able to intercept targets moving at a speed of 15.6 Mach. The 40N6 missile carries a blast-fragmentation warhead with a range of 310 miles and 95 percent accuracy.

Despite Dwindling GDP, Indian E-Commerce To Touch $100 Billion Mark By 2024

S-500 Prometei (55R6M, Triumfator-M class) was designed by Almaz-Antey as a new generation of air and missile defence weapons. S-500 operates a separate method of ballistic and aerodynamic target destruction. 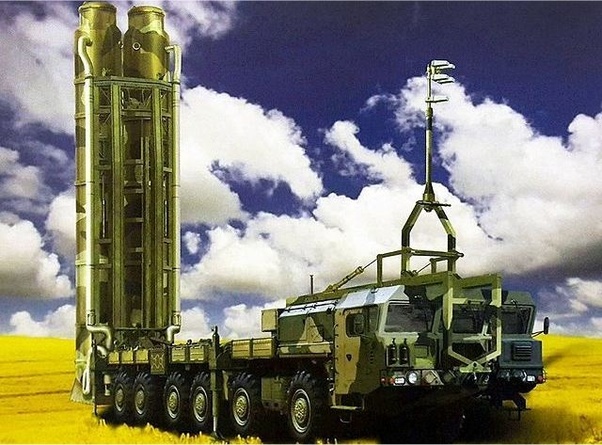 The National Interest reported that the S-500’s 77N6 and 77N6-N1 missiles can intercept hypersonic cruise missiles and ICBMs, as well as aerial targets flying at a speed of over 5 Mach. The manufacturer has claimed that the S-400 is capable of shooting down low orbit satellites and certain types of spacecraft in near space.

“The characteristics inherent in the S-500 surface-to-air missile make it possible to destroy… hypersonic weapons of all modifications, including in near space,” Sergei Surovikin, the head of Russia’s Aerospace Forces told the Defense Ministry’s Red Star publication.

“The S-500 can be classified as the first generation of space defence systems since in the future it will be able to destroy low-orbit satellites and space weapons,” he added.

The Russian Defence Ministry has continued to say that the S-500 will enter service in 2020. According to Mark Episkopos writing for The National Interest, formidable as it is in isolation, the S-500 can also complement existing systems such as the S-400 and S-300 by expanding Russian airspace and providing a further layer of defence against saturation strikes.

However, Kremlin has never shown any serious intention to replace the S-300 or S-400 with the S-500. It had always been displayed as a different class of air defence system to reliably intercept the most dangerous strategic threats.

“With S-400 units still being shipped to anti-aircraft regiments across Russia and exported throughout the world, widely replacing the S-400 with its more expensive S-500 counterpart would be a massive financial and logistical commitment. Whereas the introduction of the S-300 and S-400 is separated by about three decades, this would an abnormally short upgrade cycle of just ten years,” stated Episkopos.

However, Turkey and China have shown great interest in the S-500s. After buying the S-400 against Washington’s threats, Turkish President Recep Tayyip Erdogan had stated that it will jointly produce the S-500 missiles with Russia.

“There is absolutely no question of (Turkey) taking a step back from the S-400s purchase. That is a done deal,” Erdogan said. “There will be a joint production of the S-500 after the S-400.”

In a bid to gain further control on the disputed Gilgit Baltistan region, Islamabad has decided to upgrade its status...