The United States fuelled the tensions brewing between Taiwan and China by equipping the self-governing island with Asia’s first maintenance center for its largest fleet of advanced F-16 fighter jets in the continent.

Taiwan recently secured a whopping $62 billion contract with Lockheed Martin to procure 66 new F-16 “Viper” jets additional jets, which when delivered by 2026, will take the island nation’s existing fleet to over 200 aircraft, a statistic which is certainly not going to settle well with the Chinese, who see the jet deal to be a provocation by the US.

China considers Taiwan as a ‘renegade province’ and has threatened to annex the region using force if the island nation formally declares independence.

Amid the rising and frequent military exercises by China and US in the region, the inauguration of the maintenance, repair, and overhaul (MRO), a first of its kind in the Indo-Pacific region, is seen as a means to boost the nation’s air force combat capabilities and beef up its defense autonomy. 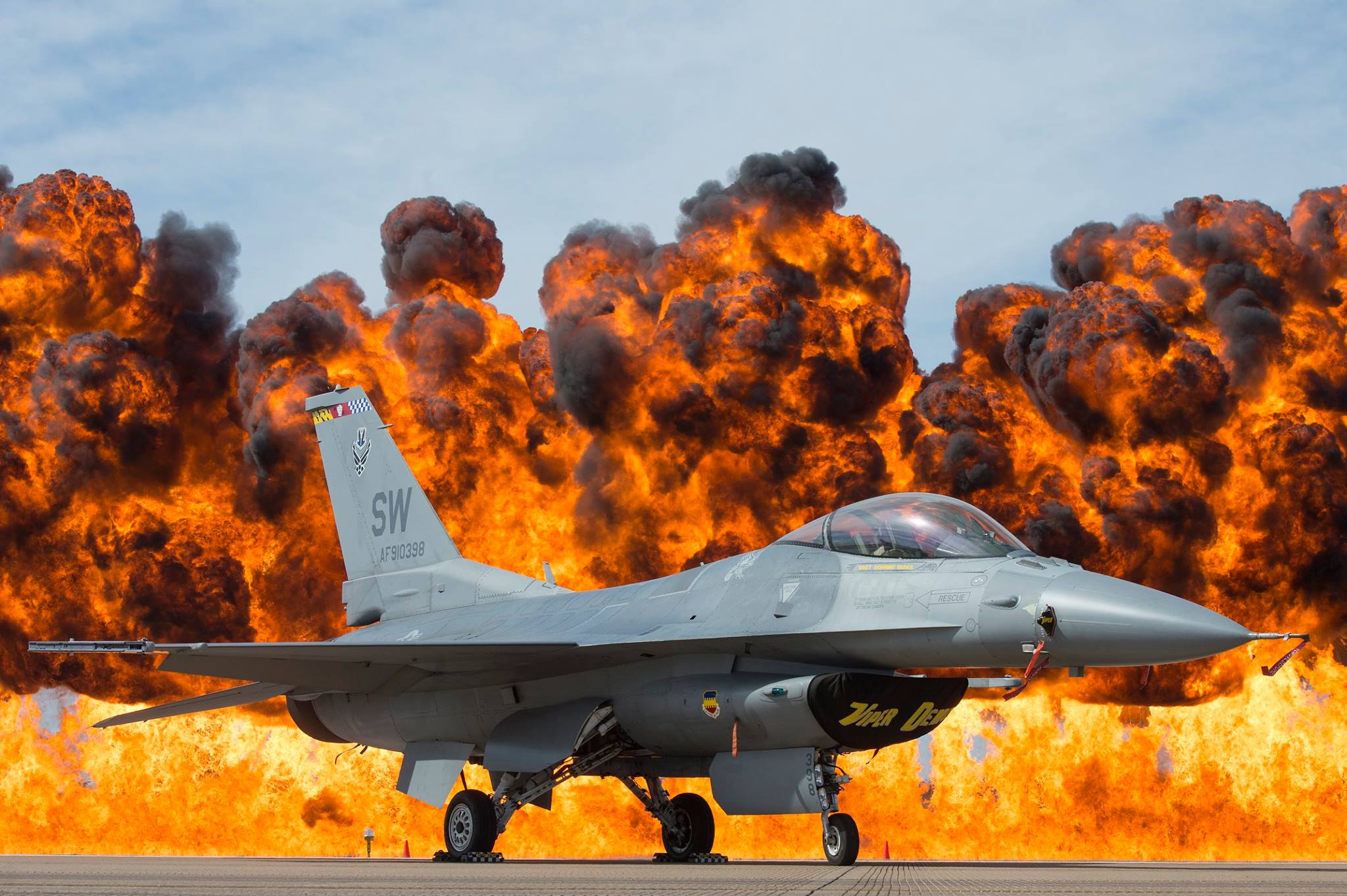 US Air Force F-16 Viper at the Fort Worth Airshow

Taiwan President Tsai Ing-wen, while inaugurating the facility and said –  “It takes strengthened defense capabilities, not groveling (to China), to defend Taiwan’s sovereignty and maintain regional peace and stability,” with the center in place, the time needed for jet maintenance will be greatly curtailed and mission-capable rates will be boosted significantly to ensure [Taiwan’s] air superiority at the front line.”

The MRO center will be capable of carrying out upgrades on the Air Force’s 142 F-16A/B fighter jets, as well as for repairs to the 66 F-16V (Block 70) aircraft, which were acquired from the United States in 2019.

It is the result of a strategic alliance between U.S. weapons maker Lockheed Martin Corp and Taiwan’s Aerospace Industrial Development Corp (AIDC) and signifies the growing military cooperation between Washington and Taipei, much to the disapproval of China.

The latest addition to the F-16 “Falcon”, the “Viper” variant officially known as F-16V Block 70/72 is described as the latest and most advanced F-16 in the market today.

It will empower Taiwan’s air power to defend itself against Chinese attack, with their Vipers matching J-10B and J-10C fighters in combat. However, according to Chinese military experts, they are no match for the heavier J-11 and absolutely no comparison with stealth J-20 jets.

Fastest, Largest, Heaviest Bomber Ever Built – Russian Tu-160 Has One ‘Chink In Its Armour’ – US Experts

Although Taiwan doesn’t have any official diplomatic ties with the US, Washington is still the island nation’s main international backer and arms supplier.

Beijing continues to claim Taiwan and has vowed to one day seize it, by force if necessary. Under President Xi Jinping, it has become more aggressive, especially after the 2016 election as president of Tsai Ing-wen, who rejects the idea of a “one China” and sees Taiwan as a de facto sovereign state.

As a result, military drills have been ramped up with Chinese fighter jets routinely flying into Taiwan’s defense zone. Experts talking to the EurAsian Times, who did not wish to be named, said despite the latest, state-of-art jets, Taiwan will not dare the fire the first shot, despite all the provocations.

Chinese military experts believe that while F-16V fighter jets could pose some threat to the PLA forces, the J-10B and J-10C fighter jets can challenge them, however, they are no match for the heavier J-11 and there is absolutely no comparison with stealth J-20 jets.

The experts also stated that if a reunification-by-force mission breaks out, Chinese forces would destroy Taiwan’s airfields and command centers, giving the F-16Vs no chance to take flight, and giving those already in the air no place to land.